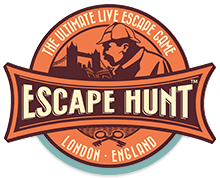 The original Bangkok site has proved sufficiently popular that a new challenge has been issued to celebrate 15,000 guests. Six other franchises are sufficiently well-advanced to have spawned their own local sites; most of them have addresses publicised, a few even have opening dates. Sadly for us, London has not got that far yet, but we do have a pricing structure and a suggestion that there might even be outdoor games available as well as the indoor ones, which would be distinctive. If the suggestions of unusually high levels of accessibility to the young and the less mobile make it to fruition, that would be another point in its favour. I would tend to regard much of the other information, such as the number of rooms, as not yet set in stone.

The Bangkok Facebook site also suggests that there is an optional additional costuming activity once teams have finished their game, and this would be unusually appropriately thematic in a London location with allusions to a certain fictional, but traditionally London, detective.

Exciting and ambitious! We will follow the progress of Escape Hunt with great interest; more news as we have it.