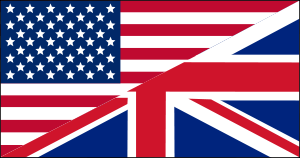 Yesterday, this site discussed the upcoming UK Puzzle Championship, which starts at midday (UK time) today and runs through to the end of Monday. Looking further around the UK Puzzle Association site – and then going a little further and looking “underneath the hood” – there is (apparently an early version of) a UK puzzling “Hall of Fame” page, which is a lovely piece of work.

There are two areas to focus on: first, mention of the results of the past three years of the UK Puzzle Championship. James McGowan won the first two in 2011 and 2012, with Neil Zussman pipping him by 26 puzzles to 25 in 2013. (Neil also had the distinction of being the top global solver out of the 164 entrants from around the world, taking some extremely accomplished names with his accuracy and speed.) Secondly, the chart of UK team members at the World Puzzle Championships is extremely interesting. It still needs a little interpretation; for instance, I am listed with a position in 2004 despite being a non-playing captain, earning my position for solving on a United Nations team – but, on the other hand, that Guardian article I linked to yesterday reminded me that Nick Gardner was captain in 2006 and is yet not listed.

Nevertheless, we can use this to create an all-time A-team appearance table for UK team members. (This does give credit for appearances in 2002, where there were two UK team members attending but no UK A-team as such.) Credit, also, to Tim Peeters’ site for information about the UK team in 1996.

We can also put together some stats about UK participation in the US Puzzle Championships, with a counterpart hall of fame as to which UK participants were highest-placed each year: