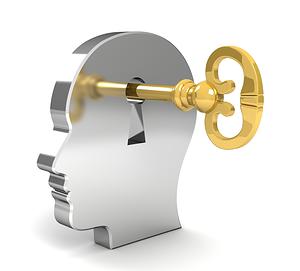 A quick couple of news stories:

1) Clue HQ of Warrington have announced an opening date of June 28th, and the theme of their first room, Bunker 38. After being locked in an underground bunker following a radiation leak, it’s now time to leave as you’ve limited oxygen left. Only 60 minutes of breathable air remains – will you escape in time? Sounds good! The site expects to start to take bookings from Monday 9th June.

2) Escape of Edinburgh, after their The Escape Games promotion last weekend, have a different promo on their Facebook page this weekend. Share this post of theirs by midnight on Sunday 8th (and, at a guess, this probably refers to the 23:59 sort of Sunday-to-Monday midnight, not the 00:01 sort of Saturday-to-Sunday midnight) to be in with a chance of winning a free game. Cute gimmick and looks like it’s doing well at getting the word out. Escape are running very active social media campaigns which seem to be getting results.

3) The coming soon page for Live Escape Game of Brighton is older than most of the exit games that have actually made it to business, to the point where it might be considered more mythical than not. However, the case of Brighton Escape Room is almost stranger; an address has been announced and a practically complete web site has been up for weeks, suggesting a May launch.

However, the site’s Twitter has been silent since late March, the “latest news” section is, more or less, a placeholder, and there are links to a Facebook account that hasn’t started. Attempts to contact the site have been unproductive. It’s hard to know what has happened here; it looks like the site has got most of the way to making it, then… stopped. Exit Games UK hopes that everyone involved remain in good health, that nothing worse than an inconvenient financial crisis got in the way, and that the site can make it to real life play some day.

(Right of reply is available to representatives of either site; we’d like nothing better than to have some good news to post about them.)

A dream from a Knightmare: Bewilder Box open in Brighton