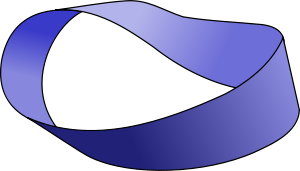 A little research last night pointed to one of the more interesting and controversial events in English-language exit game history: the ending of Real Escape Game 3: Real Escape Game x Evangelion in San Francisco in September 2012. This was a one-time event held over the course of a weekend. While the company behind it, SCRAP Entertainment Inc., have rerun some of their games in different cities across North America – not just San Francisco, but Los Angeles, New York City and Toronto – there are no signs of this one being repeated, so it’s probably fair game for discussion. (As well as interesting.)

A quick distinction: the same company have run these limited-duration event games several times, usually each lasting a few days or a week, but they also run Real Escape Room games at weekends and on weekday evenings on a long-term basis, which take the usual exit game format. The Real Escape Game can be much looser in scope, with many teams occupying the same physical space at once, working in parallel. In Real Escape Game x Evangelion, as the “Unwinnable” report puts it,

Reaction to the majority of the game appears to be generally pretty positive, and certainly the company has gone on to run many more, similarly popular, English-language games after it; they’ve run games in so many countries, too, that I hold out hope that they might come to the UK some day, which would likely be a real treat.

Now the big twist came at the end of the game. People have been kind enough not to spoil the specifics, but the report linked to above later goes on to describe it, taking a similar tone to this report on an Evangelion fan site and Tyler Hinman’s no-punches-pulled report. Essentially, while only around 10% of teams solved all the puzzles over the course of the hour, the game had an extra step that was necessary for official victory, knocking the success rate down to around 2%. Some otherwise victorious teams considered this extra step to be unfair, or not properly clued, or otherwise not in the expected spirit. Some have made comparisons to the Japanese video game ethic of games having multiple endings; arguably this is fairer game if it is expected.

So here’s another thought. Suppose you and your team went to play an exit game. You had played a few before – won some, lost others, but were particularly attracted by this one, which happened to be clearly marked as being intended for those who had played other games before, rather than as an introduction to the genre.

You enjoy solving your way through many steps and reach what appears to be the final puzzle… then, at the last minute, there’s one unexpected step, and instead of the team winning or losing as a team, it becomes clear that the game will only permit one person to win, with all the rest of the team losing. Perhaps there is a single competitive puzzle to be completed individually to determine who gets the honour among the team. (Any metaphor is possible – perhaps you’re trying to land a spaceship safely before it runs out of its last hour of fuel, but no matter how close you get to a safe landing, you’re going to have to bail out… and there’s only room for one in the escape pod. Something like that.) You’re requested not to spoil this twist ending to other players, and the player photos don’t give it away.

Would that be fun, or would that leave a sour taste in the mouth?