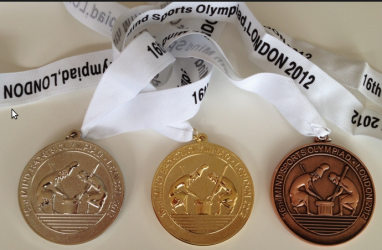 The puzzle contest calendar rolls on; this weekend sees the sixth and final online leg of the World Puzzle Federation’s Puzzle GP, this one being the Turkish round. The instruction booklet is available; 15 puzzles to solve in your chosen 90-minute slot this weekend, with a suggestion that these may be rather easier to solve than some of the earlier rounds of the contest. (Thumbs up for that!)

The overall contest leaderboard has Hideaki Jo of Japan leading, with Japanese and German solvers taking the top six places. As only the best five scores from the six legs count, there’s still plenty of time for things to change; while the top five can only hope to replace their weakest score with a better one, nine-time World Champion Ulrich Voigt has only played four legs so far and may well replace a zero with another very high score. In any case, the top ten names on the leaderboard will be invited to the 23rd World Puzzle Championship, in London in August, to play off in a live final for the overall Grand Prix championship.

News reaches this site that there will be a contest in Sudoku and KenKen at the 18th annual Mind Sports Olympiad. “This year’s Mind Sports Olympiad will be hosted at JW3, a brand new premises in London situated on Finchley Road close to Swiss Cottage and Hampstead Village.” The puzzle contest takes place in its traditional Friday morning slot: this year, that is 22nd August, from 10:15am to 1:45pm. (The Olympiad at large takes place from Sunday 17th to Monday 25th August, respecting the Jewish Sabbath of Saturday 23rd.)

There is a three-year tradition of this particular format of contest, with Roderick Grafton winning the 2011 event, David Collison the 2012 event and Mark Goodliffe the 2013 event. Discussion of the event at the UK Puzzle Association forums suggest that the attendees generally have a good time. Entries are just £10, or £5 for concessions, and you can register at the JW3 web site.

Some years, the Mind Sports Olympiad has prize money; other years, it does not. This year is one of the better ones, with over £6,000 guaranteed in the prize pool, of which £225 will be split between the three overall medal-winners in the puzzle contest, with prizes of £100, £75 and £50. Well done, and thanks, to this year’s sponsors, Mitsubishi Electric UK and Winton Capital Management.

And speaking of sponsors…