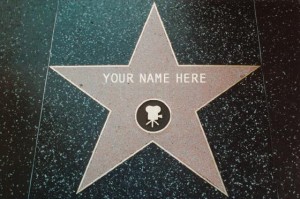 The 23rd World Puzzle Championship and 9th World Sudoku Championship are happening in the UK this year – specifically, in Croydon between the 10th and 17th of August. They are looking for sponsors.

Sponsoring the championship offers very particular targeted publicity to an audience who are sufficiently interested in puzzles to travel around the world to solve them. There is expected to be between 200 and 250 attendees from 25 to 40 nations, representing six continents, of which probably two-thirds will be competing in one contest, the other or both.

Aside from the contestants, most of the other attendees will be representatives of national puzzle bodies but also there will also be people from various aspects of the puzzle business in attendance. The World Puzzle Federation has a list of members so you can see the sorts of publishing companies and other organisations that run national puzzle bodies, and what sort of people you might reach through the World Puzzle Federation members. The connection is particularly strong in China; Beijing Media Network are sponsors of the Chinese team, and provided wide coverage of the events last year. There was also a piece in the Guardian about the 2006 event which may give you a better feel of who turns up and what goes on.

The commonality is that everyone who turns up is massively interested in puzzles, and the competitors are extremely able – at the top end, definitively world class. Many of them are very successful in their outside lives, whether they are competitors or not. Because so many people there have demonstrated a massive commitment to puzzles, they could well have the combination of resources and wherewithal to be considered potential investors or at least making extremely valuable contacts.

Additionally, because there are so many representatives from national governing bodies present, you would have the chance to get your message out to the puzzle communities of dozens of nations at once, and in turn they would pass it on to their own members and local puzzle contacts. It would be likely to be possible for a sponsor to negotiate access and introductions to the people involved, if this were of interest.

In terms of publicity, there are plenty of solutions possible. A lightweight solution could be distributing flyers to contestants for both championships in the arrival packs. More intensively, there could be the scope to brand a logo on question packs, event banners, web sites or to sponsor evening events. At the top end, a title sponsorship of the event could be possible; imagine having the championship trophy presentations in front of a banner with your company’s logo!

If this is of interest, the best person to contact is the chairman of the UK Puzzle Association, Alan O’Donnell. (His phone number is available on request, but it seems unwise to post it out in the open!) He’d be the person able to answer any questions you might have.