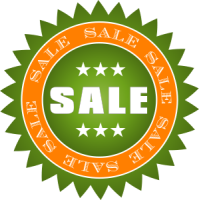 One frequently-used technique to help brand new exit games to fill their rooms early before the word has got out too far is to offer discounts for a while after the site opens. It’s probably no bad thing for advertising purposes that the coupons are still easy to find online even after the validity deadline has expired, and you can see how many sites that are now booked up almost completely weeks in advance started off by offering social buying deals. Here’s a quick run-through of the deals that this site could find that are still valid. (Ground rules: terms and conditions doubtless apply and this site takes no responsibility for deals that fall through for whatever reason. These are not exclusive in any shape or form.)

Those are all the active deals, discounts and coupons this site could find; if you know of others, please send them through – and if your site has a offer not listed above, please don’t take it as a deliberate attempt to disrespect and this site will happily spread the good news.