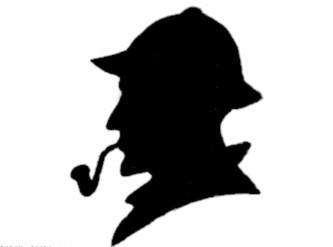 One of the most familiar tropes in fiction is that of the Victorian London detective – and that’s a euphemism for one of them in particular, Sherlock Holmes, of Sir Arthur Conan Doyle’s original tales. He’s been in the news recently in terms of recent US court rulings over copyright; the Washington Post report is possibly the clearest, though the BBC one is worth reading as well.

Excerpting the Post: “For decades, the Doyle ((literary estate)) have jealously guarded all ‘literary, merchandising, and advertising rights’ for Doyle’s works. Anyone wanting to use Sherlock or his friend Dr. Watson has typically paid the estate a license fee.” However, an author has successfully argued in a US Appeals court that the characters are now in the public domain, and the Supreme Court has since rejected an appeal from the Doyle estate so the ruling stands.

The BBC make the distinction that “the character of Sherlock, along with 46 stories and four novels in which he has appeared, was in the public domain” though ten stories published between 1923 and 1927 do remain under copyright. Might this provide carte blanche to refer to Sherlock Holmes and other related characters within the context of an exit game, or a puzzle hunt, or some other puzzling endeavour? It’s known that some exit games around the world already do. It would be fascinating to hear whether the U.S. ruling might have implications on use of the characters elsewhere around the world.

The real-world story over who has the right to the address 221B Baker Street is rather fun; go to Baker Street and look between number 237 and number 241 for number 221B and you’ll find it leads to the Sherlock Holmes Museum – to whom, incidentally, the copyright of the graphic at the top of this post belongs. Perhaps some day it might lead to surely the most authentic of Sherlock-themed exit games, whether instead or as well. It would be likely to be about as expensive as an address would get, though.

Perhaps it’s marginally less unrealistic to hope for an exit game situated above Speedy’s Cafe on North Gower Street, famous for standing in for the location in the BBC’s latest version of the Sherlock tales. That would be fun, too!