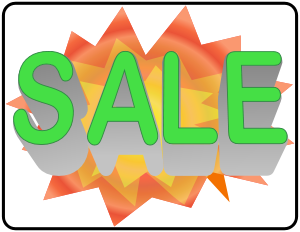 Some exit games offer opening discounts, to help fill their rooms early before the word gets far and wide. Some offer opening discounts organically; others offer discounts through social buying schemes. Here’s a quick run-through of the deals that this site could find that are still valid. (Ground rules: terms and conditions doubtless apply and this site takes no responsibility for deals that fall through for whatever reason. These are not exclusive in any shape or form.) This month, there’s one new, one change and a couple of deletions.

Those are all the active deals, discounts and coupons this site could find; if you know of others, please send them through – and if your site has a offer not listed above, please don’t take it as a deliberate attempt to disrespect and this site will happily spread the good news. (Alternatively, if you would prefer that this site does not list your coupon, that’s fine too and please get in touch.)

In other news, thanks to everyone who filled in our survey a fortnight ago. There weren’t loads of responses, but the ones supplied were appreciated, especially when people left comments as well. Posts on exit games were most popular, then posts on puzzle hunts, then general-interest articles, then ones on puzzle competitions least popular. Good to know!