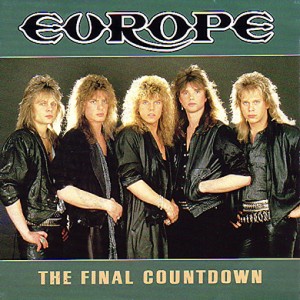 Two days down and one day to go at the World Puzzle Championships! Arguably today is the single biggest day in the world puzzling calendar.

Usual source Akıl Oyunları points to a scoreboard photo taken by Rejtvényfejtők Országos Egyesülete, which I believe is the Hungarian puzzle organisation. Germany are leading the team competition with a single round to go from Japan, by almost a thousand points. Germany B are in unofficial third place, but ineligible for the podium; in the official third place is the US team, but are only barely ahead of Slovakia in fourth place. There’s a long gap between the first two and third place – so, barring a remarkable disqualification from the final round, it’s practically head-to-head between Germany and Japan for the title. The fifteenth round, the final one before the individual play-offs, is a purely team contest:

This team round consists of three phases. The first two phases take place in one session, and the third and final phase takes place in a second session, with a break before it. In the first phase, which covers puzzles 1-4, each team will be seated at a table and will be asked to solve 4 separate paper puzzles. (…) In phase 2, which covers puzzles 5-7, the players move counters according to given rules in a series of steps. When the team are satisfied they have found the final position of each counter, they should mark the locations with the given stickers.

Bonus points will be awarded for teams who finish all 7 puzzles correctly in the allotted time, as
per the other team rounds. In addition, the first 8 A-teams to submit a correct set of solutions for both of the first two phases will qualify for the third and final phase. (…) Teams that successfully complete the final round will be awarded further bonus points according to their ranking position: 1st=2800 points, 2nd=2000 points, 3rd=1400 points, 4th=1000 points, 5th=700 points, 6th=500 points, 7th=350 points, 8th=250 points. In the final phase, the team players will themselves act as counters moving around a large grid on the floor, with each player playing the role of one of the four counters.

So Japan have a fair bit to do in order to catch up with Germany. If Japan complete the final round correctly and Germany don’t, that will be enough, but this seems unlikely. If Japan complete the first two phases more than three minutes more quickly than Germany, then they’ll be within 800 points of Germany and just need to win the third phase outright. However, if neither of these is true, barring a German meltdown, Japan will need to beat Germany in the third phase by at least two places to overtake them. Slovakia are within a couple of hundred points of the USA, so overtaking them to reach the podium looks like a distinct possibility.

The individual play-offs take place this afternoon, with the ten finalists being, in descending order of score:

The top-placed UK finisher was Neil Zussman, who missed the play-offs by fewer than fifty points when Roland Voigt overtook him to take the tenth spot in the last individual round. So close…

More later. This site doesn’t normally do multiple posts in a day, but finals day is an exception!