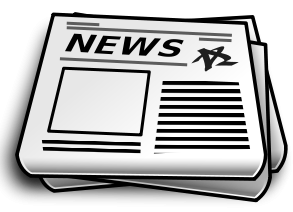 Six months ago today, this site posted its first two posts: one with the by now very familiar map, and one with a quick introduction. Back then, this site was aware of eight sites open in the UK and Ireland, and would later discover two more that were open at the time but not yet known; now, there are at least eighteen.

The Timeline tells the story of the ten openings over the last six months – and, as much as there were two open sites that took a while to make themselves known, who knows how many others there are, already open but waiting to be discovered? On the other hand, some things never change; perhaps Brighton (surely a rich market to be exploited!) will eventually get an open site some day to turn its red map dot yellow. It’s time to take a look around and catch up with some news stories from the sites – as it happens, mostly pretty northern sites.

In Belfast, The Gr8 Escape (website still under construction) have announced to their Facebook page that at the end of this month, they will be closing their two rooms down to replace them with a ninety-minute two-room extravaganza, potentially capable of seeing a dozen players at a time, themed around Hallowe’en and running through October. Sounds like a smart and distinctive move; fingers crossed for the results.

In Leeds, Tick Tock Unlock have similarly hinted at changes to come within months; “Our building has been recently bought out and will be converted to something else next year so sadly no scope to expand there; we will be moving to another one soon.” The site’s reviews are great, so surely this will be a case of onwards and upwards to bigger and better things.

In Warrington, Clue HQ have also posted a Facebook announcement that their second room will be entitled The Dungeon of Doom. (Surely it’s tempting to add a bundle more “o”s to the last word and pronounce it so that it takes two and a half seconds to say… that can’t just be us, can it?) The “Like”s have rolled in apace. No details on timing, other than “coming soon”. The room is also intended to be harder than their first Bunker 38 room, and they’re open about Bunker 38‘s difficulty rate, with only around 10% of teams making it out. Gulp!

In Macclesfield, Escape Quest also post news to their Facebook page, this time construction photos showing them making good progress towards their opening, projected for November. Additionally, they have posted the story behind their first game. The site will have a time travel theme: a smart choice, as different rooms become thematic as representing different journeys. The first room will be set in Victorian England in 1873. It’s not immediately clear whether the atmosphere will tend towards realism, steampunk or some other form of fiction, but all could work well.

Exciting times! If the next six months are nearly as active as the past six months have been, it’s going to be great fun to follow!