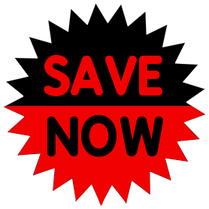 The usual Dealwatch rules are in operation:

The Gr8 Escape of Belfast have a Groupon voucher that will apply for their two Christmas-themed games, Snow Way Out and Santa’s Work (It Out) Shop. Games will be available from the 1st to the 23rd and from the 26th to 28th. Groups of up to six can play for £42 and groups of up to eight for £49 and fancy dress is encouraged.

If you act quickly, you can get a special deal at XIT of Dublin. Their new game, Curse of the Mummy opens very shortly; if you book in October – and there’s not much of it left – to play in November, your group need pay only €59 rather than the usual €79.

Also in the North, Escape Newcastle is set to open on Saturday 1st November, as previously discussed. This site cannot yet find an opening discount for it, but both Escape Edinburgh and Escape Glasgow had them, so keep an eye out. If the site proves as popular and well-reviewed as its Scottish predecessors, it’ll be something quite special.

In other pre-opening news, Escape Quest of Macclesfield have a competition up and running. The site opens on November 19th; if you can help either (or both!) of their social media campaigns out before November 13th then your team might be the one drawn to play a free game!

Cyantist of Bournemouth have a couple of deals ongoing, either for those who have ever hosted guests using the Couchsurfing service or for those who buy tickets for their friends. The site also, unusually, features a free ten-minute online game to give you a feeling for what sort of things might await you. Clever idea!