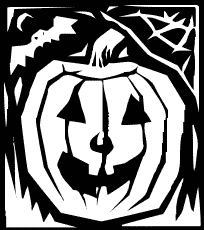 A blessed Samhain to all of you.

Most excitingly, social media updates lead to some new dots on the map! Locked In Games of Leeds confirm that today is their opening day and The Great Escape Game of Sheffield have launched their Facebook presence, revealing their location and thus earning a red “Coming soon” dot.

Puzzlair of Bristol have announced a one-day discount available for bookings placed on Saturday 1st November only. Book that day for a game to be played by the end of January 2015, use the discount code HALLOWEEN and you’ll earn a chunky 30% off the cost of your game. Additionally, their Facebook page is close to a thousand “Like”s; whoever turns the counter to four digits will earn a free game.

The consistently brilliant Snoutcast podcast is putting out monthly episodes this year, featuring interviews with women who make puzzle games of various sorts. This month’s episode is particularly relevant for this site, as it features an interview with two of the six founders of Spark of Resistance, Portland’s first exit game. The people behind it have a remarkable track record in a variety of styles of game and it’s clear that the eight months of effort have led to a great deal of thought. The Oregonian have a write-up with more detail.

Lastly, a quick tip of the hat to the girlgeekupnorth blog, who has written delightful reviews of the three exit games she has played, so far all in north-west England. With the new games opening elsewhere in the north, who knows what else might be reviewed at some point?