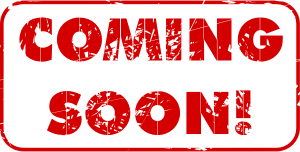 This site has already looked forward to puzzle events and puzzle competitions that it knows about for 2015, though even since then there have already been two additions to the calendar. So what developments are planned for 2015 on the exit room side of things?

The Escape Room Manchester opens on 15th January, and bookings are still available for day one if you want to play Prison Break or The Secret Lab there; if you want to play Slaughter House, The Mummy or Room 13 then you’ll have to wait a day or two longer. As well as having five exciting-looking games to choose from, as previously discussed, the prospect of what the site might stage at its exclusive bar is an enticing one. The discount code ESCAPE20 will earn you 20% off your booking!

A little later, a holding page announces that a new business called Clue Finders is set to open on 22nd January, though no location has yet been made public. This site looks forward to further announcements and learning more when information becomes available. Additionally, a recent announcement that the official launch of the Breakout Games Aberdeen web site is imminent also tantalises; the location in Aberdeen has been posted as a teaser and this site eagerly anticipates finding out the specifics. As the announcement says, “There will be a launch offer to celebrate the new opening so keep a keen eye on the Facebook page for more information coming very soon“.

Slightly later still, this site has already looked forward to the launch of The Mystery Cube in Wimbledon. Bookings are not yet available but the statement on the site that “Cube Missions between 24th January – 7th February are half-price! Simply use the coupon code: MYSTERY CUBE” goes a long way towards setting people’s expectations. No connection with Phillip Schofield, but this site looks forward to giving the game a trial run.

As previously announced, Breakout Manchester suggested about three weeks ago that they will be opening their fifth room, Infiltrate, in mid-January. As it stands, it’s already been quite heavily booked and the earliest that you can still book to play it is a single slot available on January 20th. The site also posted a job advertisement on Gumtree which hints at further developments to follow. It’s going to be an exciting year for them.

Clue HQ have recently leaked a series of teaser images leading up to a big announcement of their plans to launch a third room; it’s worth browsing around the in-character National Bank of Money site to get more of a feel for the world in which this game’s story is set, and this site’s interview with Clue HQ proprietor Stuart Rowlands reveals a little more. It’s clear that many people are eagerly awaiting this!

Tick Tock Unlock posted an exciting start-of-the-year message reflecting on the progress they have made in their first seven months or so of business. (It’s great to hear that they have attracted players from 6 to 91 years of age, for instance!) They would have a strong claim, by a number of metrics, to be the most successful single-room site in the country. The message concludes “(…)keep your eyes peeled as we will have some very exciting news to share shortly“; always great to read!

This site will be keeping an eye out for new games and new rooms and will take delight in bringing the news to you when it can. It’s always fun to be surprised when new games take off and turn out to have been running for a while already before the word got this way; who knows when that will happen next?