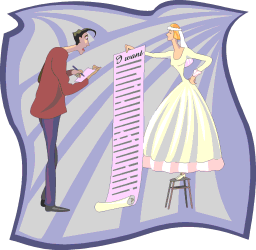 For the seventh and final part of the “Looking ahead to 2015” series, this site will take some slight flights of fancy and produce a short list of things it would like to see in the coming year, but has no basis in reality to believe they might ever exist. (On the other hand, it knows no reason to be sure that they might not come to pass!) This site wouldn’t even want to guess at a probability for any of these happening, other than “low”.

1) The UK was tremendously fortunate to have so many day-long puzzle events last year, with both the “Top Secret” hunt in Essex in August and Girls and Boys, Come Out To Play in September. There’s no evidence to suggest that something similar might happen in 2015, but the puzzle community of the UK might still hope. If anybody is tempted, it could be really fun to celebrate the Back to the Future trilogy on 21st October 2015, particularly if anybody has a way of flying more than ½” off the ground on a real hoverboard…

2) It’s always delightful to read about the TMOU series of games in the Czech Republic, though much of the information that this site has about them comes from Wikipedia. They seem to have a great deal in common with the sequential puzzle hunts of the US. Wikipedia suggests that the experiential education practitioners there may have inspired counterpart games in other countries; perhaps they might bring the genre to the UK as well. Definitely one for the wish list.

3) This site really enjoyed reading about Escape Run within the Enigmatic Escape blog. This event was a puzzle hunt featuring 30 teams, representing six of the branches of Escape Room within Malaysia. The six fastest finishers went to play a special 20-minute exit game – and as none of the six teams finished that, the fastest finishers of the hunt won prizes. It would be tremendous to see competition between exit game branches in the UK, whether it’s a special event or just branches sending representative teams to other events that might already exist.

4) This site also really enjoyed reading one of the Chasers on ITV’s The Chase challenging another one to Laser Quest. Wouldn’t it be lovely to see famous TV brains (could be your Chasers, could be your Eggheads, could be whoever wins University Challenge this year…) tested to see whether they’re as smart and resourceful as they are knowledgable? Are they genuine quick thinkers or just fast at factual recall? This site gets the impression that that event arose organically, without the need to get agents or the like involved. Surely it’s a good match, though…

5) Would there be any interest in an industry meeting at some point – perhaps towards the end of the year? It’s not immediately clear if there are any leisure conferences at which a meeting might more naturally take place, so perhaps there might have to be one created more deliberately. If you’re a player, rather than someone in the industry, and think this suggestion comes across as a little snooty, fair enough. As well as industry members, it would be thoroughly delightful to meet site readers, and probably this is most naturally done at other puzzle events along the way; the next couple of Puzzled Pints sadly clash with my schedule and I’m not sure about the UKPA‘s UK Open tournaments, but you never know…!

What’s on your puzzling wish list for the year?