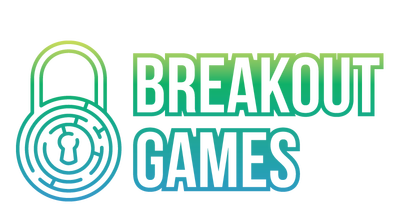 This site recently had the joy of adding a new location all the way down in Plymouth to the map; now this site can take joy in reporting a new location all the way up in Aberdeen. The two sites are something like 475 miles away from each other as the crow flies – but, in practice, that tricky Bristol Channel gets in the way, not to mention the Firth of Forth, and you can’t drive it in less than as few as 600. Maybe Great Britain’s not so small after all.

Yesterday, Breakout Games Aberdeen (which has no connection to Breakout Manchester, similar to the way in which none of the sites whose names evoke great escapes are connected) launched its exciting web site, bringing exit games further north in the UK than ever before. Breakout Games Aberdeen will be launching with two identical Lock & Key rooms, for head-to-head challenges are a very popular part of the exit game experience, and an additional V75 game as well. Both rooms have 60 minute time limits and are designed for teams of two to six.

For now, booking is by e-mail or phone; the first 25 to call and quote “Launch!” will get 25% off their first game – and most of these 25 discounted spaces have gone already! The first date still available is on Tuesday 17th February. Pricing is very attractive even without the 25% discount; couples play for £22 each, but the price for larger teams drops rapidly; trios are charged £18 each, with parties of four, five and six being charged £15 per player, £13 per player and £11 per player respectively.

Lock & Key invites you to “Step into the ordinary with an extraordinary twist; using your problem solving and code breaking skills your team will try and locate the combination to a safe containing the key to your freedom. With cleverly disguised clues, hidden objects and a massive variety of puzzles our “Lock & Key” game will challenge you all“. Alternatively, in V75, “Your team of budding scientists are locked in the laboratory of the mad professor T. The professor has created a new strain of a deadly virus “V75” and has wicked plans to spread the virus worldwide. There is one antivirus, locked in a safe in the laboratory. Can your team of scientists crack the codes and escape in time to administer the cure? Will the fate of mankind be sealed just like the locked door between you and freedom?”

The people behind Breakout Games Aberdeen have a demonstrated history of providing excellent customer service, with their Battle Grounds site earning reviews to be envied. You can play paintball, airsoft, outdoor laser tag or archery at Battle Grounds; basically, if you can fire it, you can do so at their site. (Interesting industry, and quite probably one with lessons for the exit game industry.) Their success there propelled them to the final three in the “Spirit of Enterprise” category in the 2013 Grampian Awards for Business Excellence. Excellent news; while it can’t offer any judgement about the new rooms, it can give players confidence that these people clearly know what they’re doing!