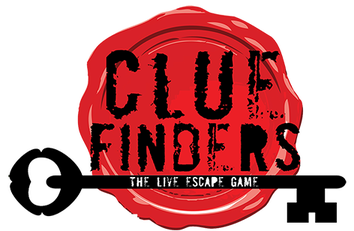 After remarking three days ago that Liverpool has long been one of the biggest gaps in the market waiting to be filled, this site is happy to report that the city may not have long at all to wait for its first game to open. While Tick Tock Unlock have announced that it will be the location of their second site, Clue Finders just might beat them to opening as their new site has launched; bookings are already being taken between Thursdays and Sundays from Thursday 12th February. The location is in Liverpool’s docklands, so an easy walk from the Mersey and most of the other famous attractions that the city has to offer.

The site has a distinctive “paper cut-out” style of depicting Victorian detectives and looks extremely smart. Beyond that, not very much is known. To begin with, there will be two rooms; from context, these are set to be identical to permit popular head-to-head races. The game is 60 minutes long with an extra briefing at the start. It’s intended for teams of three to five. Prices are reasonably typical; £19 per player for teams of three, £17 per player for teams of four and £15 per player for teams of five. “Clue Finders is a real-life escape game where teams of 3-5 people are locked into a custom built, challenging and entertaining environment to solve the many mysteries, puzzles and challenges. You need to unlock the final code and escape the room.”

Perhaps this preview is taking place a little too early; perhaps others will appreciate the extra challenge of going into a room “cold”, knowing nothing about it. Either way, Liverpool has been waiting for too long and this site looks forward to reading more from those lucky enough to get to experience the game first-hand.