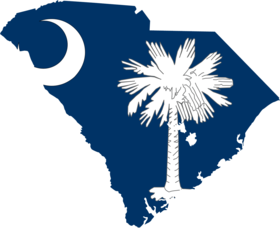 The happiest news of the day is good reason to turn two more dots on the map from red to yellow as Breakout Games Aberdeen have announced that they’re taking their first customers today and Crack the Code Sheffield previously suggested that today would be the day on which they will be taking their first customers. (There are TripAdvisor reports for the site already, so perhaps they have had a soft launch already?)

Last year, this site briefly covered the University of South Carolina puzzle hunt, which has been an annual fixture since 2012. Registration is now open; the hunt’s informational page suggests that “Remote teams and members are still welcomed in this Hunt. On the registration form, please indicate that you are playing remotely, and more information will be provided to you“, and an article on last year’s event reported that “Twenty of this year’s teams were composed of USC students, but the remaining teams were remote, and came from as far as China and the United Kingdom.” Fair game, in that case! On each of the five days of the first week of the hunt, a set of puzzles will be released, along with a metapuzzle derived from those puzzles’ answers, with the overall hunt solution derived in turn. You can get a better idea of the hunt’s form from the 2014 puzzles and the 2013 puzzles as well. (Ooh, they had an Only Connect event as part of the 2013 hunt as well! Excellent.)

Lastly, Iain points out that 25 cities across the United States will be having one-day revivals of the old Lobby Lud gimmick this week! To celebrate the start of the second series of NBC’s The Blacklist, lookalikes of the show’s lead character will be deploying themselves across the US between Monday 2nd February and Thursday 5th February then posting clues to their whereabouts to social media. The first three to find each lookalike and whisper the phrase that pays stand to win hundreds of dollars. Sadly South Carolinians will have to travel north and cross the state border to either Charlotte or Raleigh in order to play!

If you’re not in the US but still feel like making some money, don’t forget Quiz The Nation on Sunday evening; download the free app and get tokens letting you play your first few quizzes at no charge. The competition was bigger in week two than week one, but not wildly so, though the standard of top competitors is getting higher. First place pays £1,000, second to tenth and spot prize winners all claim £50 or more, and eleventh to fiftieth win tokens to play further games for free.