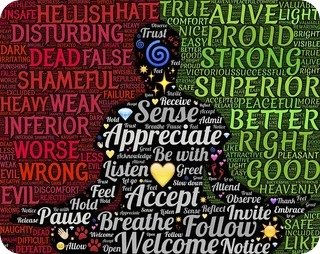 The counterpart question to this is: has there ever been an exit game worth playing that didn’t change the way you see the world? Part of the appeal of many forms of entertainment is to help people feel good about themselves, and part of the appeal of puzzles, in whatever form, is that you can delight yourself by looking at a puzzle, thinking “I’ll never solve that”, then finding a way to solve it and prove yourself more capable than you thought.

Taking this further: is it plausible, and would it be cost-effective, that some charity, or some political party, or some cause might stage an exit game with the aim to deliberately raise a certain set of emotions in their players, or to change their misconceptions? Could an exit game set out to raise empathy with a particular group? All things are possible – a deliberate message to help people think about the human condition, as expressed through the medium of a live-action adventure with a time limit, might see the exit game as art rather than as craft. The challenge is whether one that could be made that worked on sufficiently many levels that it could be a stand-alone commercial proposition, rather than just an unusually participative medium through which to convey a message. Similarly, could there be such a thing as a flash (not Flash) exit game based on a recent news story? (Exit games based more generally on larger topics are well-known, such as “Cold War” stories.)

The history of art has been full of such position pieces, and the recent explosion in playable art has been no exception: arguable examples might include Blast Theory‘s Desert Rain, the National Theatre Wales’ Border Game, maybe Punchdrunk’s It Felt Like A Kiss. When the borders between different methods of expression are so blurred, it’s surely only a matter of time until someone comes up with something that identifiably has the exit game nature, or at least a decision mechanic to differentiate success from failure and provide an appropriate conclusion.

Let’s take an example. There’s no “this site” about what I’m about to say; this is a rare personal opinion. I am massively pro- migration, both immigration and emigration, more strongly so than any of the mainstream political parties in this country. (This is not really a subject appropriate for discussion in the comments, and unusual prejudice in this regard will be excised as I feel necessary. We’ll get back onto less controversial ground tomorrow.) As one starting-point, immigration has been massively positive for the exit game industry; furthermore, I conjecture that there is a positive correlation between exit games’ success in a city and that city’s willingness to accept and embrace migrants.

Without getting too partisan, and recognising that there are subtleties on all sides that cannot be included in a single paragraph, much of the current UK political rhetoric of the day is anti-immigrant, and some believe that recent immigrants are given immense practical advantages. It would be fascinating for an exit game to exist to provide a ludic version of the immigration experience – how difficult the language barrier is, how unforgiving the bureaucracy is, how expensive the process is, how disaffecting the attitudes of the unquestioning and misinformed are, how terrible and fearful the penalty that the enforcement officers are given to apply is.

Hopefully it could open a few people’s eyes – and stand up on its own merits as an exit game as well.