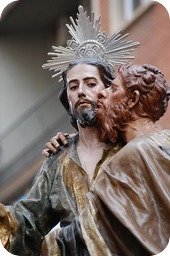 Oh, dear. Even when this site tries to do a Themed Thursday, it comes out looking like a Mechanics Monday that missed the boat.

Themed Thursday is an exit game blog initiative whereby anybody who feels so inclined is invited to propose the contents of an exit game, in some way, shape or form, prompted by a specific topic. Last week, the topic proposed at QMSM for discussion this week was betrayal and has brought forward a thought from the back burner.

This will be a relatively rare supposition, but imagine that you are with an experienced team of exit game players and you have played most of the games at your favourite site. You’ve deliberately chosen which one, or ones, to leave because they’re advertised as being towards the easier end of the scale, and you fear that you won’t get your money’s worth. How can you make an easy game more of a challenge?

Many of you may remember The Mole, an originally Belgian constructed-reality game show in which a team take on a succession of challenges. However, one member of the team is the eponymous Mole and attempting to betray the others into not completing them successfully, while also attempting to keep their identity secret. The show has been running for a good fifteen series in the Netherlands and yet is as popular as ever.

Putting it together, is there a way to make an easy exit game more challenging by introducing a teammate who is incentivised to betray the others while keeping their identity secret? Here’s an attempt to codify one. Much as the individual challenges in The Mole only really worked in context of the overarching metagame, this needs some out-of-game structure to implement it, and here it has been posed in the reasonably familiar context of a gambling game with drinks at stake. As ever, don’t bet with money you can’t afford to lose (but if you can afford to play an exit game, you evidently do have some resources…) and this site doesn’t endorse drunkenness. Here’s a bombshell: I don’t even drink.

To play an exit game with a betrayer, you need at least a team of at least three players. Tear a sheet of paper into a number of roughly identical pieces, one more than the number of players. Mark one of these pieces with a cross and the rest with circles. Screw up all these pieces of paper and jumble them in a container so that it is unclear which one has the cross. Each player takes a paper, leaving one left over.

All players secretly look at the symbol on their paper, then keep hold of it until the end of the game. The player with the paper with the cross is the betrayer. (It is quite possible that there may not be a betrayer.) The team then play this ostensibly easy exit game and the betrayer’s aim is to prevent the team from succeeding in time, without being identified as the betrayer. Every player who isn’t the betrayer wants to try to convince the others that they are the betrayer.

Once the game is complete, every player individually votes as to who the betrayer was, then every player reveals their vote and their piece of paper. Any player who cannot present their own paper at the end of the game has lost and must buy the others a round of drinks. Trying to make other players lose their papers is slightly too dirty play for even this game… unless there has been acceptance beforehand that it isn’t. Voting for yourself, not voting at all, or any other sort of voting malpractice, are also offences that are penalised by buying a round of drinks.

If the team doesn’t succeed at the room and it turns out that there wasn’t a betrayer at all, you’d better all just drink to forget…