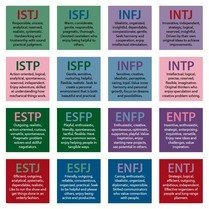 Click for larger version.
Some people put a lot of stock in the Myers-Briggs personality types. Other people compare it to a modern-day form of astrology, with all sixteen types being desirable in their own way and people choosing to self-identify with the commentary from their specific type through a process of self-directed cold reading. I tend to be somewhat more towards the latter end of the spectrum – but then, as an INTP, I would say that.

That said, I did enjoy the 16personalities.com summary of the INTP type. It’s quite possible that if you’re a MB person, you might have been able to see it coming through in this blog; “They love patterns ((…)) people with the INTP personality type tend to share thoughts that are not fully developed, using others as a sounding board for ideas and theories in a debate against themselves rather than as actual conversation partners“. Guilty as charged.

I also enjoyed the graphic at the top of the Prelude Character Analysis page for the personality type, being a certain sort of logic puzzle. It probably shouldn’t be a surprise that I thought “I recognise that puzzle – and I like it”! It might also explain why this blog keeps a diffuse focus in puzzle adventures and tries to interest people in logic puzzle competitions.

So this post is principally directed towards those who do tend to give credence to personality typing, specifically the MB types; if this isn’t for you, there’ll be another post along tomorrow.

I also enjoyed reading this recent Escape Games Review post, hinting at an exit game, themed around the Seven Deadly Sins, where every team member started off in a sin-themed mini-room of their own which they had to escape solo before they could work together towards a group victory. Could there some day be an exit game where players had individual puzzles to solve that were tailored towards their personality types – either to play to their strengths, or to force them to overcome their weaknesses?