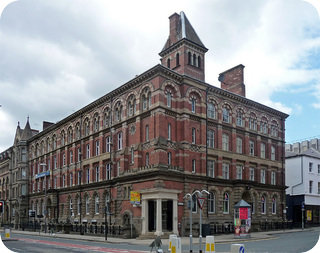 The famous Tick Tock Unlock recently announced on their Facebook that they will be expanding to a third location, this one in Glasgow. It’s a huge metropolis; although it’s long been served by Escape and the brand new The Room, surely it’s big enough to support three different sites. (It does remain to be seen whether four different competitors can all thrive in a city outside London, though.) The Facebook message suggests that it’ll be opening in about a week’s time. (Tick Tock Unlock had a tease where they were inviting people to guess their new location, but you could look at a jobs site and see them recruiting for quite a convincing clue…)

If you’re very observant, you might be aware that the graphic above isn’t actually of the new Glasgow location. Instead, it’s of the Kings House office building in Leeds to which the original Tick Tock Unlock location has originally moved. Inside Media suggest that the location has taken 1,719 ft2 of space, which is a very decent size and promises much for the future. Tick Tock Unlock have already hinted at a “new game coming soon”; for now, they have already opened a second room of their original Blueprint game, enabling always-popular head-to-head competition. This site has long suspected that the original Tick Tock Unlock in Leeds was one of the busiest single-room locations in the country, so opening a second room should help people get to experience the game that has gained such high ratings on TripAdvisor at the time they want to play it. Exciting times!

Unrelatedly, this site has a very strong suspicion that the vast majority of locations up and down the UK and Ireland are doing excellent business this Easter; it’s still cold enough that people are attracted to indoor activities, and the Easter weekend is a traditional time to get together for fun with family and friends. Considering that locations tend to be busier on Saturdays than on any other day of the week, and considering how quickly the market is continuing to grow, this site would bet fairly good money at short odds that more people are playing an exit game in the UK and Ireland today than on any other single day previously. That said, if it is indeed a record, it’s probably one that’s going to get broken again before much longer!