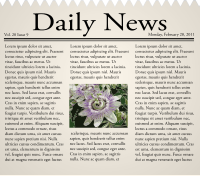 So April has 30 days, making the first ten “early”, the second ten “mid-” and the last ten “late”. Seem reasonable enough? Here are some more news stories that have cropped up over recent days.

Many congratulations to Can You Escape? of Edinburgh for winning the Scotland’s Favourite Family Day Out award at the fourth annual Scottish Entertainment & Hospitality Awards on Sunday. (The site’s founder writes about the day.) The masses may have voted them into the final shortlist of five, but it was a visit from the judging panel that propelled them into first place overall! The site has recently launched its second game, Operation Odyssey; looking forward to reading reviews.

Exciting developments at Breakout Liverpool, who have announced their new fourth room: Wanted. The site explains: Wanted is a wild west themed room. Your quest in the room is to escape but you have two choices and ways to escape. Which side will you take, will you save the day as a cowboy or an Indian? Depending on your choice you will face different tasks and puzzles to complete. Which path will you take? Their sister site, Breakout Manchester, already have experience of running a pair of Classified games against each other head-to-head; it’s not clear whether this will have similarities or not. It’s available to book from Friday 15th May.

Clue HQ Blackpool have also announced an opening date of May 25th for their upcoming second game, Quarantined, with the first 20 groups to book using the special code getting to play for just £50 each, regardless of group size. “With the growing threat of a radiation leak due to the increase in nuclear power, the government seek a solution to radiation poisoning within humans. Deep within a high security facility, a group of scientists work to develop a vaccine to ensure immunity, but to run tests they need subjects. You regain consciousness to find yourself quarantined within the facility. You don’t know how you got here. You don’t know who got you here. Then the screams start. Just when you think your situation cannot get any worse – it does.” Teams of three to six can play; during this game, each team member will be handcuffed, blindfolded, in pitch black darkness and locked in one of three small rooms – so, quite possibly, alone. Not a game for the claustrophobic or those aged under 15.

Lastly, Time Run of London launches its three-and-a-bit-month run on Thursday 23rd April, and already most of the tickets for the first week are gone – and if you want to play in the evening, you’ll need to look rather further down the line. It’s disturbingly easy to develop a slightly untoward crush on the Luna Fox character and even more so on the actress depicting her in the video.