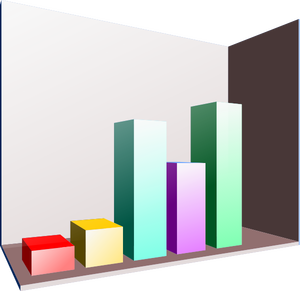 This is the thirteenth instalment of an occasional feature to act as a status report on the exit games in the UK and Ireland. On its own it means little, but by now hopefully it can be part of the basis of a survey of growth over time.

This month’s count includes a location that opened in December but which this site did not find out about until a week or so ago, which is why the wording states “known to have opened”. There might be others open that haven’t made it onto this site’s radar, but hopefully not. There is at least one location where this site is unsure if it has opened or not – but as there is no obvious, conclusive social media push and there has been no response to e-mail, this site is erring on the side of “not open yet”. Two more sites are expected to open on May 1st and so have not been included in these figures but will be included in next month’s figures.

This needs to be taken with a heavy pinch of salt. This site supports all the exit games that exist and will not make claims that any particular one is superior to any other particular one. However, you might be interested in the TripAdvisor’s “Fun and Games” rankings lists in (picking only cities with multiple exit games listed) Belfast, Birmingham, Bristol, Dublin, Edinburgh, Glasgow, Leeds, Liverpool, London, Manchester, Newcastle or Sheffield. If those aren’t enough for you, or if you’re interested in comparisons for exit games in cities where they’re the only one, this site also has a page with the details for every site.

You might also be interested in listings at Play Exit Games, a few of which contain ratings and from which rankings might be derived, or ranking lists from other bloggers (for instance, thinking bob‘s comparisons, the recently-updated QMSM room comparisons and Geek Girl Up North site comparions). If you have your own UK ranking list, please speak up and it shall be included in future months.

It’s not actually very difficult to estimate the number of people who play an exit game over the course of a month, though it does take a fair bit of work and there are limits as to how accurate it can be. This site uses data available to the public from sites’ booking systems, the number of rooms at each site, any data supplied by the site (either to the public or in private correspondence), and bears in mind trends in the numbers of Facebook likes, TripAdvisor reviews, photos posted and team sizes per site according to team photos. This site won’t necessarily take owners’ claims at face value, but there’s nothing to be gained from turning business away and saying you’re sold out when in fact you aren’t.

So with this in mind, this site makes its best estimate that the number of people who have played at least one exit game in the UK or Ireland, at any point in time up to the end of April 2015, is 200,000. (This estimate is quoted to the nearest 5,000, but the site would not like to claim more confidence than “between 75,000 and 550,000”.) As ever, if someone plays more than one game at the same site, this figure still only counts them once, and this number is only really meaningful in the context of this site’s previous estimates. The other usual caveat is that this figure may exclude data from locations about which this site is ignorant – and each of the last three months, this site has discovered a new location that it might have found in previous months.