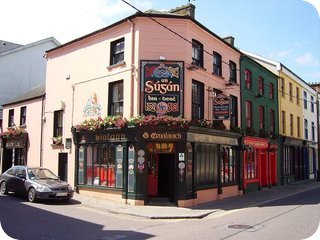 The next escape game to launch – to this site’s knowledge – will be situated in an Irish town with under 5,000 residents. OK then.

However, it’s not just any small town; it’s a resort on a bay that punches well and truly above its weight. The tradition of seaside holidays at small resorts is decades old; for instance, someone might have fond memories of a childhood trip to Tenby in south Wales, of comparable size, or any of dozens of similar locations on most coasts. Could there be enough travelling business to sustain an exit game, though? At the risk of making this more of an article about the town than the game, Clonakilty has as good a shot as any of making it work. It hosts festivals of various sorts most months, and perhaps the exit game in the town will get business from tourists as they come to the town for other reasons.

One relevant example is that in 2014 and 2015, it hosted a games festival with tournaments in classic games of all sorts, plenty of involvement from local games clubs, and students from the games society at the local university bringing chances to play the most modern board and card games as well. The last three years have also seen a Random Acts of Kindness festival, with the 2015 edition set to happen on Saturday 18th July. Even if there’s not a festival on as such, Clonakilty is a red hot music venue, and even notable for its black pudding.

As for the exit game? It’ll be the fifth location overall, and the second Irish location, of the expanding Escape chain. (No longer can it be considered a purely northern business; Clonakilty is further south than Oxford.) Escape Clonakilty will feature two games, both with sixty-minute time limits and capable of holding teams of two to six. The Classic Live Escape and Da Vinci Room games are familiar from other branches in the chain, though they’re always very slightly different in each new location. The charge will be between €48 for teams of two and €72 for teams of six.

The location and business model are clearly a little different from that which the world of exit games is used to. This site wishes the new location well and wonders whether it might set an example for small resort towns everywhere to follow.