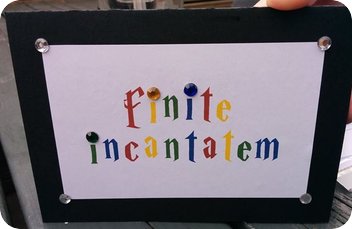 This site makes no apology for a great deal of content about DASH as it’s one of the highlights of the year. If you couldn’t attend this year, here’s what you missed… and perhaps, just perhaps, it might make you interested in taking part in a future year.

Fair warning: now that DASH has finished, we’re into potential spoiler territory. Every previous DASH has had its puzzles posted online reasonably soon afterwards. If you didn’t play DASH, it would still be a lot of fun to get a group of your friends together and try the puzzles for yourself once they’re made available. This post is going to be fairly generic, avoiding the Aha! moments for each puzzle, but the comments may be more specific. Nevertheless, if you want to avoid spoilers altogether, best skip this post and definitely best skip the comments. However, if you played and want to relive the experience, if you played elsewhere and want to compare stories or if you know you’ll never play this year’s puzzles and just want to find out what you missed, then to get to the detail, click on the Portkey that is the “Continue Reading” button below.

This year’s theme was the capital-W Wizarding World, drawn from a well-known series of books and films, though it was impressive to see there was no mention of many of the most well-known specific intellectual properties at any point, particularly the H- and P- names. It was clear that the intention was that people unfamiliar with the canon would not suffer a disadvantage; from a fan’s perspective, there may have been one or two incidental references that might not reasonably be considered general pop-cultural knowledge. It would certainly be interesting to get the perspective of someone who played despite being hostile to the series and seeing whether they struggled.

As last year, there was an unscored icebreaker puzzle that required teams to co-operated with each other, eight regular puzzles and a metapuzzle with which to conclude. One slight difference is that this year, the metapuzzle was notified as being “extra credit” and teams could choose to skip it and solve it, unscored, in their own time – but, in practice, it was compulsory for competitive teams. The overall time limit for the hunt was extended, at extremely late notice, from eight hours to ten; on the Experienced track, using early data, the solving time for a typical team rose from 5:10 in DASH 6 to a projected 6:55 in DASH 7. (Technically, that’s the median time of the nine median-scoring teams. A general sense of “about a third longer than last year” feels about right.) More thoughts about the length and difficulty of the hunt some other day.

The icebreaker puzzle, Entering Your Name Into The Cup, provided teams with four identical copies of one of four double-sided sheets. Teams would swap them with other teams in order to end up with one of each (made more confusing by the double-sided nature of the sheets!) and invited them to assemble them into a book in a sensible order. The extraction to produce the answer required two different methods, always a cheeky twist. In London, this was played in a park… as a small but increasingly noisy carnival was being established at the other end. It was cute to see a hog roast stand being set up, which felt as thematic this year as the real-life lemonade stand encountered on last year’s DASH route did at the time.

The scored puzzles, in the order in which they were encountered on the Experienced track in London, were as follows:

Lastly, it’s always fun to look at team names from round the world and to see how much fun people had with the theme. One which made me giggle was “I Can’t Believe it’s not Butter Beer“, though it’s hard to imagine a team name that can ever be better for this event than “DASH I love you, but we only have fourteen hours to save the Earth“. Gordon’s alive!