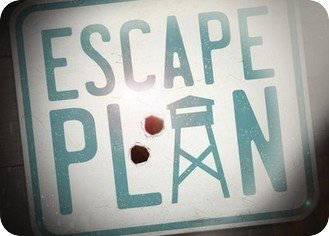 Like tube stations, the exit games in London are mostly north of the river. However, yesterday, the borough of Lambeth got its first place to play as Escape Plan opened in Kennington, just up the Elephant and round the Castle. (There is no connection to the similarly-named Escape Plan Live of Chatham.) The site is distinctive for adopting a World War II theme; while this isn’t an absolute first in the UK, you’ll have to go quite an inconveniently long way if you want to find another one. As noted on Facebook, the location is a pop-up so that they can pilot their first game over a period of four months or so.

The site opens on Mondays to Saturdays; teams of 2-6 (3-5 recommended) will pay £115 for a 60-minute game, though if you can play on a weekday before 6pm, the price is reduced to just £80. A code posted to Twitter offers a 35% discount for a limited time. The site also gave away a ticket to a teacher in a random draw, which is cool.

The first game, logically enough entitled The Adventure Begins, is set in the barracks of a POW camp. Only one prisoner has yet successfully escaped, Bob Hails; the game challenges you to do likewise, based on a journal that he has left behind. The team behind the game have advanced plans for at least two later attractions, though the restrictions on their current location are forcing them to a single game for now. Nevertheless, the site prides itself on its immersive and authentic setting, which should be available even already.