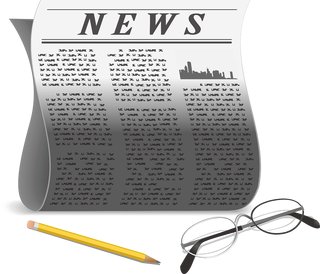 Double news round-up? Aargh, so many longer pieces to write, so little time to write them. Here’s an assortment of quick stories.

1) Time Run of London have extended their run into 2016 – specifically, until the end of January. Last time this site looked at their bookings after an extension, it looked like they were going to put the price up; now it doesn’t. Hurrah! Interestingly, it looks like you can book tickets for Christmas Day – if this is deliberate, that could well make it a Christmas Day to remember (though getting there might be tricky as public transport shuts down). Take a look at the extremely positive review from The Logic Escapes Me, who did remarkably well recently.

2) The Logic Escapes Me largely keeps itself to London and does so very successfully, but feeds a few interesting stories here as well. St. Helens, in eastern Merseyside (a place whose name can only be pronounced in the dulcet tones of rugbeh leeeg’s Eddie Waring) has a library system that is running a two-week pop-up escape room this August. (Love the retro Teletext graphics.) Much of the content has been generated at a school already and there are drop-in sessions for the local youth to add further ideas. The finished game will admit either four or five teams daily, each of up to four players; free tickets are available between Saturday 15th August and Saturday 29th August. A really exciting initiative; other library systems, take note!

3) However, something else exciting is coming to Merseyside even before then; Breakout Liverpool are launching their fifth room on Saturday 8th August. The game is entitled The Facility, a title picked in a public poll. In it, “You arrive at an unknown location for a once in a lifetime opportunity; a conference held by the critically acclaimed, Dr. Andrews. His work is widely known throughout the research circles, but he has remained hidden in the shadows for years. What you don’t know, is that Dr. Andrews has gone mad, creating a string of tests that have gone disastrously wrong. He has brought you here for his final experiment. You have one hour to escape his maze of tricks and games, before a deadly virus kills you all.”

4) Play Exit Games have posted a competition in which you can win tickets to play Escape Plan in London. Very cool!

5) A quick couple of discounts: The Room of Glasgow have a Wowcher deal. You’ve got two days to buy a £39 voucher (down from £80) and until August 12th to use it to book a space on Sunday, August 16th, 23rd or 30th. Pretty specific, and terms and conditions apply, but if you can make it work then you can get a team of up to 10 players who have the chance to solve the mystery of Sarah Lynn. Back down in Liverpool, Exit Strategy posted a special deal to Facebook; for a limited time, buy a ticket for three players and you can play with up to five!