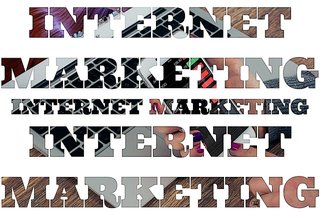 A site owner, who probably wouldn’t want to be named at this point, recently expressed to this site an opinion that they thought a specific competitor of theirs had one of the most interesting and best-produced games in town, but observed that this competitor seemed to attract very little custom and wondered how they could afford to remain in business. It’s not the first time that there has seemed to be occasional degrees of disparity between what might be considered critical opinion (see, for instance, bloggers’ “favourite game” charts), popular opinion (see, for instance, TripAdvisor charts) and apparent levels of custom. Having the most interesting game, that operates really reliably and provides a consistently really strong experience, counts for little if people don’t know about it.

Whether you’re in the business or not, this site wholly recommends the Escape Room Enthusiasts Facebook group, modulo some people’s standard objections to the site. It has over a thousand members and is far busier than most Facebook groups, without being overwhelming. The content often has valuable insights from around the world – and when so many businesses are local or national, people are often really happy to help out those who they’re not going to rub up against. There have recently been a couple of comments on marketing issues, often quite specific in detail; Josh Nekrep wrote on advanced data collection through Facebook and Shaun Collignon shared three strategies that worked for him. Huge gratitude to Josh and Shaun for sharing them, of course!

Further to that, another exciting initiative is the RoomEscapeist monthly conference call for those in the business or looking to get started. The September call’s topic is marketing; the Facebook announcement suggests more specific topics might include dealing with the press and the use of Press Releases (bonus tip for UK and Irish sites: please include this site on your distribution list!), social media, social buying sites, e-mail marketing, video marketing, pay-per-click advertising, word of mouth and more. The detailed announcement suggests that the call will take place tomorrow night at 11pm UK time (late, but it’s hard to pick a time that’ll suit everyone between Vienna and Vancouver) and suggests a UK freephone number to call to get involved.

This site gets the impression that there may well be more to come from Paul at RoomEscapeist between now and the next monthly call, but time will tell!