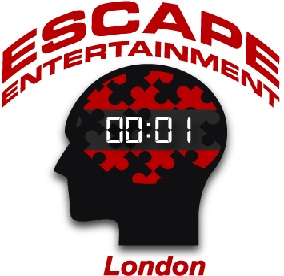 As of barely a day or two ago, there’s an interesting and unusual pop-up that now appears when you go to the web site for the London branch of The Escape Hunt Experience, which reads as follows: “The Escape Hunt Experience London is no longer open and until we re-open you can book with another escape game onsite here“. So there’s still an exit game at 5 George Yard, very near the Bank of England; it’s just a case of goodbye for now to Escape Hunt, and hello to Escape Entertainment. No clue about the business or ownership consequences of the move; probably better to ask questions and report later than to speculate, but perhaps you might not expect to see an amicable forwarding link like that if there was discord arising.

Escape Hunt had ten rooms in three designs on site, in a 4-4-2 formation; for now, Escape Entertainment has eight rooms, six of which host The Bank Heist and two of which host Prohibition Pandemonium. If you have a large, competitive group and want to find the best team within it, writing off the “my room was harder than yours” excuses, a site featuring six parallel examples of the same room is unprecedented to Exit Games UK’s knowledge. The Prohibition Pandemonium game is tried and tested, having featured in a site in New York City which is now the only other branch of the Escape Entertainment chain.

In The Bank Heist, teams of two to six are asked to “rob the crown jewels from the bank. We have hacked their security cameras, providing you a small window of opportunity. Find the clues and solves the puzzles to get one step closer to breaking into the vault! 60 minutes… the clock is ticking“. Tickets are £29 each for groups of two up to £24 each for groups of six. The Prohibition Pandemonium game is a little more unusual, catering for teams of up to ten (at a flat £25 per player) and being prepared to merge smaller groups together to do so. “You’re in a Roaring Twenties speakeasy and the cops are banging on the front door. Do you have what it takes to find the secret back exit and escape the long arm of the law?”

Exciting times; if you enjoyed Escape Hunt, or even if you didn’t get around to playing it, you have new challenges to face!