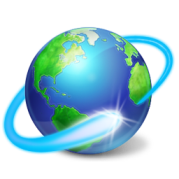 Closer each day… Home and Away. Following on from yesterday’s home news, here’s the remaining news from around the world.