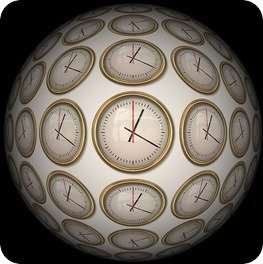 Lots of great things to read from around the exit game blogosphere at the moment, and you don’t have to be specific to any one country to enjoy it: David Spira of Room Escape Artist writes about playing the Contact Light megagame (and the fact that it’s not about exit games is not unwelcome in the least), The Logic Escapes Me features an excellent article about What makes a good host? and escape.sg dives deeper into Namco and their Nazotomo Cafe games.

Following on from the latter, J at escape.sg points to the Nazotomo Cafe intro video – which, while it has subtitles in Japanese, is perfectly understandable without them and sets the tone. It confirms that their low-end rooms do have a 765 second time limit, as discussed a couple of days ago, but also that they’re playable by teams of one to four. Another video has the 765-second countdown timer sequence available if you’re a big fan of the background music, which isn’t without its merits. Today’s “Turns out there’s a lot of BLANK videos on YouTube; who knew?” is, apparently, countdown timers.

The title of this piece discusses sprint games, but really it’s all about competing on cost. While this site prefers to explore the places that only exit games can go and admires elegant, deep, thoughtful design, suppose you were a business owner who decided to take the opposite route and decided to compete on cost alone. While business owners don’t generally go out to try to destroy whole industries at some degree of cost to themselves in practice, suppose you decided that you decided that you wanted to run a bargain-basement room and make a great virtue of its price, on the thinking that marginal players might only ever want to play a single game and they might as well choose yours on price grounds – with relatively little care as to whether they’re turned off the whole industry at large, though obviously you would want to encourage repeat custom within your business. How might you do it?

The largest ongoing expenses for an exit game are rent and staff. Rent can’t really be avoided, but a hypothetical simpleEscape (if you get the reference) game might go out to run with as skeleton a staff as possible. Could it be possible to design a game so that a single staff member might oversee many games rather than just one? Normally the relevant implicit question is “could it be possible to design a game worth playing” given the constraint, but that’s less important a criterion here.

Imagine a game with a very short time limit and relatively few puzzles to explore, with the constraint that staff are not expected to be following its progress, because they might be looking over as many as ten games at once, or none at all if they’re busy resetting rooms rather than watching them; if they’re watching a room at all, they’re looking more for damage or dangerous play rather than gameplay considerations. As staff wouldn’t be following progress directly, it’s tempting to imagine that the automated timing mechanic might also dispense hints – or, perhaps, that teams might get to choose between a hard level of difficulty in which no hints were offered and easier levels of difficulty that automatically offered some, or more, hints at timed intervals. (Bonus points for letting people press a button to step down a level of difficulty while they’re playing the game, as a good retort to those who don’t enjoy themselves because of their lack of progress at the hard level of difficulty they chose.)

This site doesn’t suggest that this is inevitable, or even likely; the Japanese experience (as far as the escape.sg report hints at) points to this being one level that does not seem to drive out the more intricate, deeper experiences that other companies choose to offer in practice. (Either that, or perhaps the price competition aspect of the marketing has not yet been sufficiently brazen.) That said, if part of the future of exit games is as an attraction within somewhere that offers many different forms of entertainment, then the fact that Namco have chosen to go down that route within the Nazotomo cafes, and one Namco Funscape arcade so far – but who knows if they might replicate it at their other UK arcades? – points to this as a possibility.

Sometimes people want to compare the lifespan of the exit game phenomenon to the laser game boom, in the UK, at the start of the ’90s. (To which this site says “could be much worse, the long-term health of the laser game industry has proven low-key but surprisingly robust”.) One direction that the laser game industry went down was as a secondary attraction at bowling alleys and the like. Could the same thing happen for exit games? If it were to, perhaps this low-interactivity, low-staffing approach might be the approach they choose. Not the one that this site would prefer, but…