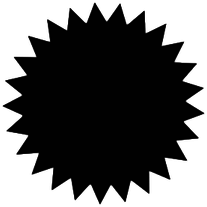 Even the discount starburst has blacked out completely to celebrate the day! As you might be able to tell, the time at which the articles are published reflects the time at which writing started; this article is being started on Thanksgiving Thursday and completed very early on Black Friday, with the benefit of some new information that became available at midnight. Whether you approve of limited timescale deals or not, or the Black Friday phenomenon in particular, today is an unusually good day to purchase play – and it’s worth checking the social media of wherever you’re buying before you do so. All deals may expire quickly, maybe not even lasting the whole of the day.

Escapism of Nuneaton have posted an offer on weekday bookings at 10am or noon in December or January; any number of players, up to eight, can play for just £50, or alternatively you can get 20% off gift coupons to play outside these specific times.

Clue HQ have four locations from Sunderland to Brentwood, but it’s not immediately clear whether or not all of them are participating in today’s special offer. The posted deal suggests that they’ll sell a hundred games at £49 each for up to six players, to be played between the 1st and 2nd of December if you use the code BLACKFRIDAY when you book.

The same BLACKFRIDAY promo code also works at Escape Rooms Scotland of Glasgow. This deal runs from Friday 27th November to Monday 30th November and there’s no time restriction on when your booked game must be played; the code will give you a £10 discount, reducing the 2-6 player Jail Break and Zombie Quarantine rooms to £50 each and the brand new 4-10 player Bank Heist room to £90, from its opening on 9th December.

Escape Live of Birmingham posted their offer on Twitter. That BLACKFRIDAY code will give you 15% off any games for four or five players that you book today. At this point, it might be worth trying the code BLACKFRIDAY pretty much everywhere, just to see what happens!

No codes required in Belfast, where The Gr8 Escape now offer four rooms and are offering gift vouchers valid for the first half of 2016; any room, up to six players for £45. Buy ’em today via PayPal.

((UPDATED, 2:30pm!)) Over to Bristol where Puzzlair (including their new second location, a short walk away from the original) used Twitter to post their Black Friday deal, which offers a handsome 30% discount on weekday bookings.

In north-west London, QuestRoom also tweeted their offer; there’s 20% off the two spaces available this evening but also 20% off games played this weekend.

Ken kindly pointed in the comments to an offer by Trapped In of Bury in Greater Manchester. It was posted on Facebook, which is as ever charmingly intermittent about which stories it shows to people, unless you pay it cold hard cash. The BLACKFRIDAY code used today will get you 20% off your booking. If you know any other deals posted to Facebook that haven’t made it to Exit Games UK, please speak up.

From the north of Greater Manchester to the south; down to Altrincham for Code to Exit. The Tweeted offer is for a discount of 30% on bookings using promo code BLACK. That said, there has been a suggestion that the code is no longer available – maybe a temporary glitch, maybe a limited offer. It applies to the Blueprint game only, not their new game, “The Test”.

This site knows of at least one other place offering a Black Friday discount for hunt participation, but it’s restricted to members of a mailing list, so the details won’t be shared here. Nevertheless, it’s not impossible that other sites might mail one-day discounts out to their own lists so check your mailboxes carefully.

As ever, if you know of other coupons, deals, vouchers or competitions, please send them through. If your site has a offer not listed above, please don’t assume the worst; get in touch and this site will happily spread the good news. (Alternatively, if you would prefer that this site does not list your coupon, or if the details of the offer are mangled, that’s fine too; again, please get in touch.)

New rooms from the newsroom