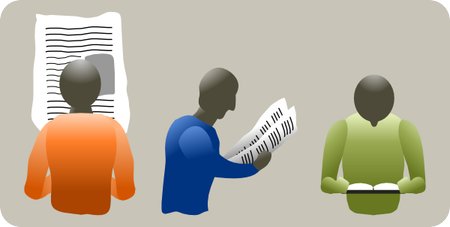 Today feels like a day where three cheerful news stories would not go amiss.

The Room of Glasgow are distinctive for reasons including the sizes of the largest games that they offer; their Mansion Room game is designed for teams of 8 to 16 (though there may be some wiggle room) and their Party Room for teams of 10 to 16. Throughout December, there are a number of promotions being launched “by the resident elves”, notably a discount code available for those playing up to December 20th. The most delightful initiative is this one; as discussed on Facebook: “On the 16th of December, we will be hosting a Charity Day. We are offering 3 Party Room games for free for groups of disadvantaged children (from an orphanage, care home, or from poor families). We would like to give the gift of fun to these kids for Christmas, the way we can. We want to give back to the community, and thought it would be great to surprise kids with some caring and fun.” How kind! Exit Games UK commends the site on this thoughtful – and original! – gesture.

Breakout Manchester have launched a second site within the city centre, on the High Street near the Arndale shopping complex. (It’s about eight minutes’ walk from their first location, which remains open.) The new location will feature another John Monroe’s Detective Office, with a new room entitled Vacancy opening tomorrow – “Exhausted after a long journey, you place your bag down on the freshly made bed, ready to relax. Suddenly, an ominous sixty minute countdown begins. No matter what you try, the door will not open. Welcome to Crimson Lake Motel. You check in, but you NEVER check out…” – and a horror-themed Facility X room for players aged 16+ opening soon. “You arrive at an unknown location for a once in a lifetime opportunity; a conference held by the critically acclaimed, Dr. Andrews. His work is widely known throughout the research circles, but he has remained hidden in the shadows for years. What you don’t know, is that Dr. Andrews has gone mad, creating a string of tests that have gone disastrously wrong. He has brought you here for his final experiment.” A fourth room on the site is promised for January, and that’s not all; this new location is a big old space and there may very well be more to come.

Jackie from Locked In Edinburgh got in touch to enthuse about their second room. “Our theme has stemmed from having Pickering’s Gin Distillery sited directly below our escape rooms.” Exit Games UK loves games with local flavour, no pun intended, so the localism here is hard to beat. “The distillery reported a breakin which is thought to be an inside job. Which employee is plotting the distillery downfall and to where are Pickerings planning to move their gin stock for safe keeping? ((…)) A tour of the distillery can be incorporated, although probably best after players escape as the tour includes gin samples which may cloud people’s thinking heads!”

Here’s a bonus cheerful news item, not related to exit games: while the shortest day of the year doesn’t happen for nearly another week, we’ve already reached the point in the year where the sun is starting to set later and later. Indeed, the UK is at a point in the year where both sunrise and sunset are getting later in the day, and which one is moving more quickly determines whether the day is lengthening or shortening. Take it as a sign that we’re already making it through the winter!