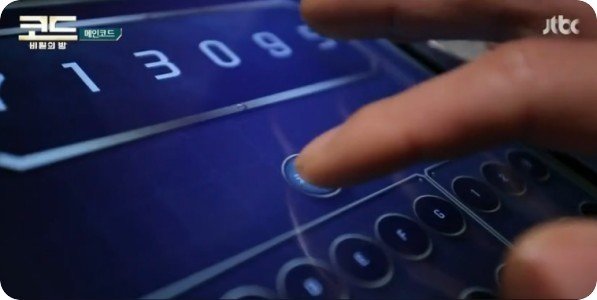 Happy New Year! While this site is working on its start-of-the-year features, here’s something exciting and fresh to keep you going. As previewed a couple of weeks ago, Korean broadcaster JTBC have brought a show called CODE to the local airwaves. The first episode was broadcast on January 1st; happily, it does seem to be the exit game TV show that it promised to be. Dubious links to illicit online versions of TV shows do not last forever, so you’re probably better off looking for the magic phrase jtbc code in the search engine of your choice – but, at least for now, you could just try this link with the first half of the show and this link with the second half.

Watching shows in languages you don’t understand is always a certain sort of fun; perhaps the world of fan-supplied translation subtitles makes things almost too easy. While you might struggle to get the subtleties of a drama or a love song, gameplay is generally designed to be easy to follow for those who are not paying full attention. If you’re interested enough in exit games to be following this site, you won’t have any great difficulties. Based on a single episode, the game in the show comes closer than that of Race to Escape to the essential exit game experience, though Race to Escape works better as a show with a start, an end and a story to tell along the way.

Race to Escape‘s puzzles are more kinetic and visually interesting; here, the codes risk being a little sterile but are nevertheless watertight. One arguable niggle is that the show occasionally seems to play a little loose with the meaning of mathematical notation; if a and b are digits then does ab represent the product of a and b or does it represent 10a+b – the value of the number formed by a followed by b? Perhaps there are some language subtleties that are lost in translation.

For a fuller description of (what this site interprets to be) the format:

Ten Korean celebrities start the game; it appears to be the case that one is eliminated at the end of the show, and this site would expect to see future weeks featuring successively smaller line-ups. The winner of the last episode may earn 20,000,000 won, which is about US$20,000.

The set is essentially a quincunx. Imagine the representation of the number five on a normal spotty six-sided die; the whole set is effectively a giant square (cylinder) with one triangular room at each of the four corners and a square room in the middle. The rooms are dressed fairly abstractly and somewhat sparsely, though this site likes the room which has a wall of (often meaningless) mathematical formulas, diagrams and other squiggles. The centre room contains what purports to be a lift, and the first (this week) nine celebrities to get into the lift survive to next week.

After a quick co-operative puzzle among the team to start, the main body of the show consists of the players trying to work out the code to permit them to get into the lift. This week, the code is a four-digit number, but the keypad suggests that other weeks may differ. Eight or so mathematical clues to the code are written on scrolls, hidden behind padlocked doors in the various rooms. You might find some of the scrolls yourself, but it’s mostly an information trading game about what’s on the scrolls (and people might lie, etc.) and thus something of a popularity/politics contest.

The padlocked doors’ padlocks are also clued by physical props in the various rooms. These are not the most original things in the world, but there is some inventiveness behind them and happily they’re not absolute daisy-cutters; no appearance for the famous parking space puzzle yet, but it’s only episode one so far.

There’s a neat twist in that one more scroll is potentially given away in a semi-co-operative voting game. All ten team members vote individually who should get the scroll. If all ten agree, that person gets the scroll. If nine agree and one disagrees, the single voter decides who gets it. If the vote is any more split than 9-1-0, apparently nobody gets it.

Once you’ve found (or traded for the information on) sufficiently many scrolls, you may be able to work out the code for yourself, or outright beg the answer from someone you’re working with. You might be able to work the answer out from as few as three pieces of information with the right three and some insight, but more likely you’ll need perhaps five or so of them. This was actually a pretty non-trivial piece of maths; it’s not immediately clear whether there genuinely is play-along-at-home potential for non-Korean audiences, or whether there’s too much Korean language in the clues for it to work.

There is no obvious penalty other than a load of unhappy flashing lights for attempting to submit the wrong code. (There might be a non-obvious one; not sure, maybe you might only get one try.) Once six people submitted the correct code, they stopped the whole code-finding game and instead set the last four identical individual physical puzzles, with the fastest three there making it into the lift.