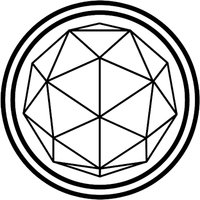 A few days ago, this site was delighted to see job adverts for the exciting-looking position of Maze Master at the forthcoming The Crystal Maze live attraction opening in London in a double handful of weeks’ time. It might seem a shade strange at first to see them go down the acting recruitment route to fill the positions, but any customer-facing position in either an exit game or any other live entertainment game is definitely a show business position, playing to the audience of (usually) a single team at a time. Don’t forget, Richard O’Brien was (among many other things) an actor before he became so familiar to audiences in this particular role.

The hundreds of thousands of pounds’ worth of Kickstarter campaign pre-orders are an excellent indication that people are very, very excited about getting the chance to play the game – and, from there, it doesn’t seem too implausible to suggest that there may be many other people who would like to get the chance to do so but might not, for geographic reasons or many other possible causes. The number of other games that have made either explicit reference or implicit allusion to The Crystal Maze when trying to explain their appeal, or just as a familiar point of reference, also goes to reference the strength of the show as a cultural touchpoint at the very least.

It’s public knowledge that one of the distinguishing advantages of the live The Crystal Maze attraction is its authenticity, not least from the work they have done with the rights holders and the people who made the show in the first place. It’s also true that some part of the appeal of the show, to a (presumably reasonably large) part of the audience, was the wonderful and elaborate environment that the show worked so hard to create. It would seem unlikely to implausible that any other site might ever be able to match this; if people want to play the show they loved, they have no other alternative – and are delighted that the live attraction exists as a possibility at all. In case it’s unclear at all, getting to play the live attraction is one of the things that this site is most looking forward to in 2016.

However, it could be possible for a game to describe itself as “like The Crystal Maze but better” and then provide a number of reasons why it makes that remarkable claim. It’s certainly true that The Crystal Maze was designed to be watched rather than to be played by a mass audience. Some of the distinguishing properties of The Crystal Maze are not necessarily conducive to being an ideal experience when played live; the live experience has hinted at some concessions to authenticity for a better live experience and it will be fascinating to see, in time, whether further such concessions will have been made.

For instance, this site tends to believe that nobody really wants to be locked in and to have to, at least nominally, wait to be bought out. Playing a game is more fun than not playing a game, which is why player elimination mechanics have fallen out of fashion in modern game designs. With this in mind, the suggestion that “locked in” players in the live attraction will also be able to rescue themselves by solving additional puzzles rather than by waiting to being bought out – or not – by their team seems like a wise one in terms of the gameplay experience. A friend made a suggestion to the effect of “If you pay £60 to go round The Crystal Maze and end up being locked in on game one then it’s your fault for being so rubbish”, which is fair enough on one level and the roughest of justice on another.

So if you were designing a live experience to be played by the self-selecting near-mass audience, rather than to be watched on TV, what differences would you choose to make from The Crystal Maze as we know it? While it makes sense for there to be a penalty for failing at (at least some) games other than opportunity cost, perhaps there could be other ways to express this penalty other than the “miss a turn” aspect of a lock-in. The whole aspect where only one player could play any particular game and everyone else just had to watch them play and (usually) shout suggestions might also be worth reconsidering; while shouting suggestions is one way to play a game, for many it will be more vicarious and less vicious than might make for the most compelling experience. Lastly, why couldn’t players have a free choice of physical, mental, mystery or skill genres and the ability to play more than one of a particular type in a particular zone if that’s what would make the game the most fun for them?

At this point, it’s tempting to imagine a rather freeform game. Imagine that your team might get to spend (e.g.) 15 minutes in each of four themed zones, gaining para-crystal currency units. In each zone, there are perhaps 25 opportunities to gain currency units, with each one designed to be possible to win by a single player, with teams having complete flexibility to deploy players to opportunities as they see fit – so possibly lots of people playing one-player games, or people advising other people how to play their games, or maybe even two people teaming up on a single game, or so on. Budgeting time and assigning players to challenges would be the major challenge; the only time limit could be the 15 minute limit in each zone. The currency won from each zone would then be used in some endgame to generate an overall score, which might or might not involve analogues of flying tokens and/or geodesic domes. This site is unsure what the intellectual property laws of the land would dictate.

Is this a game you would like to play? Is this a landscape that looks commercial to you?

Who cracked The Crystal Maze?