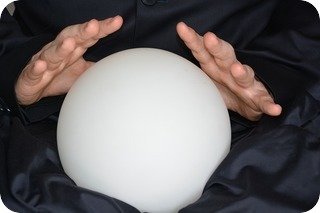 This site has ran predictions features over the second half of 2014 and over the whole of 2015, assessing the accuracy of the predictions each time so that the world can have a giggle at just how wrong the guesses were in the first place. Let’s have another go for 2016, more because it’s fun than for any other reason. (Compare to the 2016 predictions for London by The Logic Escapes Me.)

That said, predictions are only so-o-o-o interesting. It’s more fun to think about plausible edge cases; it’s more fun to predict a long shot than something more obvious, but who’s to say what’s obvious and what isn’t? This list of predictions will also attempt to minimise the extent to which it covers previously-trod ground, as “this was an entertaining long-shot that didn’t happen last year and remains an entertaining long-shot this year” isn’t particularly exciting. A couple of other starting-points for predictions: this site will steer clear of predicting things it believes to be foregone conclusions already, and this site will attempt to make the most ambitious predictions that it feels confident making; this site would set over-under lines for the numerical predictions only a little above the figures quoted.

This site considers each of the following to be at least slightly more likely than not:

This site considers each of the following to be less likely than not – maybe something like 30% likely each? – but nevertheless these are interesting possibilities.

This site considers each of the following to be much less likely than not – maybe something like 15% likely each? – but nevertheless these are entertaining outside possibilities.