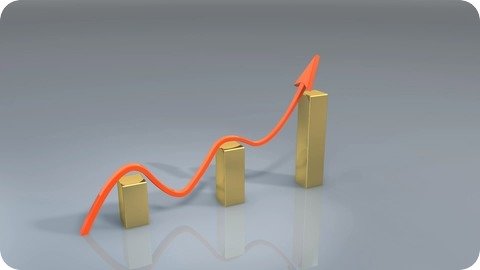 This is the twenty-second instalment of a (just about) monthly feature which acts as a status report on the exit games in the UK and Ireland, hopefully acting as part of the basis of a survey of growth over time. It reflects a snapshot of the market as it was, to the best of this site’s knowledge, at the end of 31st January 2016.

The term opened should be understood to include “sold tickets”, even when it is unclear whether any of those tickets may have been redeemed for played games; the definition of location should be understood to include outdoor locations, pop-up/mobile locations with open-ended time limits and component parts of larger attractions that are played in the same way as conventional exit games. Pop-ups with deliberately very short runs (e.g. Hallowe’en specials, or games run at conventions or festivals) are not counted in this list; games with deliberately finite but longer runs (e.g. Panic!, which awarded a prize to its champion at the end of its sixteen week run) are counted.

This month has seen seven UK additions, one Irish addition, one UK subtraction and a UK recount which deducts one from the total. (This site had both The Escape Hunt Experience and Escape Entertainment in London – specifically, in the same building in London – in the total for a while.) The Irish addition is Asylroom, which apparently dates back to October; more on this soon. The UK subtraction is Mystery Squad, which appears to have subtracted its web site. No sign of either of the sites listed as having suspended web sites in previous months.

Corrections would be most welcome.

This site takes the view that if you’re interested in review summaries, you probably care (at least to some extent) about the question of which site probably has the best popular reviews. Accordingly, you might be interested in the TripAdvisor’s escape game rankings lists in (picking only cities with multiple exit games listed) Belfast, Birmingham, Brighton, Bristol, Bristol again, Cardiff, Dublin, Edinburgh, Exeter, Glasgow, Inverness, Leeds, Liverpool, London, Manchester, Newcastle, Norwich, Nottingham or Sheffield.

Additionally, TripAdvisor now has pages entitled Top Escape Games in United Kingdom and Top Escape Games in Ireland. No obvious changes to the ranking algorithm from the previous month. While the top two sites remain constant – congratulations to the site which remains top of the UK national list for a fifth consecutive month – numbers three and four on the chart swap back places and there’s a lot of upward momentum for sites in London and Leeds from fifth place onwards.

You might also be interested in listings at Play Exit Games, a few of which contain ratings and from which rankings might be derived, or ranking lists from other bloggers. Looking at London sites, The Logic Escapes Me have provided recommendations and detailed comparisons, as well as a brilliant brand new comparative ratings table from a handful of critics; see also this piece at Bravofly and thinking bob‘s comparisons. In the North-West, there are the QMSM room comparisons (recently updated to cover reviews of 25 rooms to celebrate the site’s first anniversary!) and Geek Girl Up North site comparisons as well. If you have your own UK ranking list, please speak up and it shall be included in future months. The next step (and one towards which The Logic Escapes Me is making progress) could be some sort of exit game Metacritic, comparing the reviews and opinions of those who have played a great number of such games; hopefully, this would corroborate the popular reviews, or perhaps point out some inconsistencies.

In previous months, this site has made a series of estimates as to the number of people who had played exit games in the UK and Ireland. You may also have noticed that this document is being published far from the start of the month. While it probably is useful to have such an estimate – not least because if nobody puts work into putting in a rigorous estimate, then less rigorous estimates are the best ones going, mentioning no Facebook threads, and thus might get more credibility than they deserve – it’s an awful lot of work to make the estimates and keep them up to date. Accordingly, with apologies, the series of estimates must be discontinued, and the The League Table feature will continue without it for the sake of sanity and even vague timeliness.