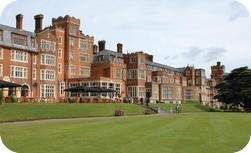 There are exciting puzzle competitions coming up soon, both in person and online. The online contests take place this weekend, the in-person ones next weekend. The online contests are free to enter and you can do so at a time and place of your own choosing; the in-person contest has a specific time and location and fees must be charged to cover the cost of booking it.

The second round of the World Puzzle Federation‘s Puzzle Grand Prix series takes place this weekend. It’s a 90-minute contest, which you can start as soon as 10am on Friday 19th February but which you must complete by 10pm on Monday 22nd February, so you have half a week in which to pick your 90-minute window. (Those times are the ones quoted in theory, the ones in practice may be an hour later.) This set of puzzles has been devised by the Slovak team. As with the previous round, the puzzles have been divided into Casual and Competitive sections, with the Competitive section more traditional constraint-based grid puzzles and the Casual section slightly more freeform, though not necessarily easier. Log in to the GP series web site then download the instruction booklet to find out the types of puzzles in advance, then plan your attack.

If you prefer Sudoku, though, then Logic Masters India have a contest for you this weekend where the puzzles have been devised by Belfast’s David McNeill, the over-50 World Sudoku Champion – and over-50 World Sudoku Champion, too! David has been a mainstay of the UK puzzle scene for well over a decade and is a very experienced puzzle setter, so this promises to be a treat. This weekend’s contest is called Triplets and Triangles; it too is a 90-minute contest, available between Saturday 20th February and Monday 22nd February at times to be confirmed. The contest has 14 puzzles, starting with classic 9×9 sudoku, running through some variants themed as the title of the contest suggests, and ending up with some brand new puzzles that seem to combine two other variants into a single new challenge.

In person, the UK Puzzle Association are running the UK Open tournaments in sudoku and puzzles on 27th and 28th February at the Selsdon Park Hotel near Croydon, pictured above; increasingly this has become the home of puzzles in this country, most famously for being the site at which the UK held the World Championships in 2014. Again the instruction booklets have been posted; most notable is Bram de Laat’s second round, “Two to Five”, with sixteen different puzzles in four general styles: room placement puzzles, split wall puzzles, division/dissection puzzles and number puzzles. In each of those four styles, there’s a puzzle that relies on two-themed properties (pairs of cells, sets of two adjacent rooms, dominoes with two digits and so on…), a puzzle themed around threes, a puzzle themed around fours and a puzzle themed around fives. Delightful design! The event is always highly convivial so do take a look and see if it’s your sort of fun.