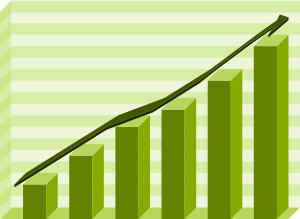 If it’s a few days after DASH, it’s time for the annual participation statistics post! Please find below an updated version of a table which details the number of teams on the scoreboard for each city in each edition of the DASH puzzle hunt to date.

Here are some initial interpretations:

1) Errors and omissions excepted, with apologies in advance. The Minneapolis DASH 6 recast figures came from the organisers by private e-mail.

4) It’s not a competition to see whose DASH can be the largest; all DASH organiser teams are glorious, generous paragons of virtue, whether their event had one team or 70+, and the community at large thanks them all for the time and effort that they put in.

5) Many locations had events that were similar in size or even slightly smaller (perhaps for reasons as simple as a higher number of teams who pay but, for whatever reason, just don’t show on the day) than the previous year. As discussed, there’s no reason why bigger necessarily has to be better and there’s no sense in deliberately trying to emphasise quantity over quality. It’s tempting to wonder how much unmet demand there is in the various cities around the world and whether everyone who wants to play is getting to do so in practice.

6) The line-up of 16 locations participating in DASH 8 was actually very similar to that for DASH 7, representing only a substitution of Atlanta, GA to replace Albequerque, NM. Registration was also offered in Missoula, MT, but the event did not happen in the end. The growth in Puzzled Pint over the year has been explosive with 32 locations in April 2016 against 14 in April 2015; it’s true that some of those were previous DASH cities, but surely it seems likely that some cities will go from Puzzled Pint to DASH – and beyond? – rather than the other way around. PP is currently played in five countries; it also seems plausible at the very least that DASH will start to catch up before much longer.