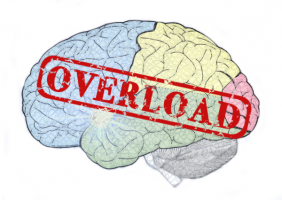 This post is far from a claim that there are “too many” exit games in the UK. It is, however, a call to consider whether there can be a meaningful concept of “too many” games, and – if so – what “too many” might look like.

One follow-up question is whose perspective is being used to ask the question. As a player, can there be too many games? If the lack of replay value drives you to seek out more and more games to play, the bar for “too many” would surely be set very high, if it existed at all. If someone were to want to play every game that existed, or play a game at every site that existed, then a quest to keep up with every new opening might exceed the time and resources you have available. However, such a quest without limiting yourself to a relatively small area strikes this site as an inherently pretty extreme task. While it’s a delight that new sites and games continue to advance the state of the art, surely there comes a point where additional games, except the latest and greatest, have relatively little to offer. This may or may not be before your resources run out.

From the perspective of someone trying to make a living either as staff or owner of a game, “too many” may look quite different. Our society is capitalist; no business has an inherent right to survive. (It’s amusing to consider the existence of an exit game in a planned economy; surely a meritorious citizen would have to apply to play and then wait months or years for a space to play.) On the other hand, the extent to which a game thrives or even survives may not reflect the quality of the game in question, so much as other matters like the effectiveness of the way in which it is marketed. It seems sadly likely that there will be some brilliant games which fall by the wayside even when lesser – or merely good – games continue for longer; for those businesses, the raised bar for continued survival might be said to have arisen from too many games.

Another way to look at it might be that “too many” simply reflects more than “the right number” – and presupposes that there could be such a thing as a right number. Someone at last week’s unconference seriously looked forward to the thought of there being 300 or 400 sites in the UK; no names, no pack drill, but it was someone who knew a lot about brand expansion. It’s certainly true that the UK has fewer sites than some other countries – even some other smaller countries – and that, say, London has fewer sites than other major conurbations. Do the UK and London have to be at the top of these charts, though? Is the demand really there? The signs have looked good so far, but there surely has to come a point where things find a natural limit.

Do you suppose there could be a million players in one year? How about three million? (There aren’t many hobbies who get three million players in a year; an estimate sufficiently credible for the BBC suggested that there were only four or five million people who played tennis at least once in a year, with maybe a tenth of that playing once a week.) Even allowing for people playing multiple games, and enthusiasts bringing the average up, considering real-world typical team sizes, a million players in a year might look like 300,000 games in a year. (Maybe 250,000; maybe 400,000.) That’s 5,000-8,000 teams per week, keeping the numbers simple. When looking at it last year, the figures pointed to a room (not a site) being more successful and popular than most if it was played twenty times a week, with more than half of these at weekends. So a million plays a year might look like roughly 300 rooms, all being pretty busy at weekends. There were more than 230 rooms in the UK and Ireland at the end of 2015, and quite possibly close to 300 rooms in the UK alone by now.

There’s an awful lot of supply out there already. Whether there’s “too much”, and hence “too many” sites, remains to be seen; fingers crossed that demand remains strong and has further to grow.