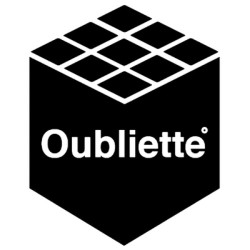 This site has always been rather… reticent to post about Oubliette, which opened in Brixon, south London, in January. The road to Hell is always paved with good intentions; as hinted at, Exit Games UK knew Oubliette’s proprietors, at least a little, before it opened and even volunteered to sand down some of the floors and walls in the building, which it hasn’t done for any other game. (Yet!) Exit Games UK even has a cracking interview with the proprietors while they were getting started which was, at one point, intended to be the “before” part of a “before and after” piece.

“When you begin to play our room escape game, you walk through a door and find yourself plunged into New Pelagia, an Orwellian dystopia full of suspense and suspicion. The people here are watched over by the love and grace of JCN, a huge pervasive computer and CCTV network. The government rations and controls everything to keep things tidy – there are rumours that sometimes people get tidied away too.

You are members of the underground resistance movement who are being sent to infiltrate the ((propaganda office at the)) Ministry of Perception and find out what happened to a double agent who has mysteriously disappeared.”

It’s a sixty-minute game for teams of up to eight; teams of six are recommended, but a team of three escaped, once. The price is higher than most at £30/player, but you get more for your money than from most rooms. In its months open, the site has received considerable praise from unusual sources, notably in the (mostly computer) game design and review community. Emily Short‘s review discussed the game in a way that this site doesn’t recall an exit game being discussed before:

“…when, as a result of puzzle-solving, a new bit of story occurred — and again I’m being intentionally vague here — it generally ramped up the anxiety and threat level. I’m used to story-as-reward in video games, but here there was story-as-punishment. Solve the puzzle quickly? STORY GETS MORE WORRYING. This felt like a pretty natural and pleasurable extension of the existing principles. And it wasn’t as though we were going to stop trying to escape the room in order to avoid having more story bits happen to us!”

If you’ve played and enjoyed exit games before, but never had that sort of experience, and if those sorts of descriptions sound like your cup of tea, then there can be few higher recommendations for the originality, intrigue and interest of this game. (On the other hand, if you know you’re lousy with dystopian stories – *raises hand* – then it might set your expectations as a game that might not be for you, and that’s cool too.) Closer to home, the game was reviewed at The Logic Escapes Me, rushing straight to very near the top of the recommendations; it was discussed in the first episode of the Escape from Reality podcast as well.

So why discuss this site now? The latest news is not good: the site is set to close, in its current form, at the end of Saturday 18th June. The Adventure Society shop, used as a framing device for the staging of the game, may also have to go on its next great adventure.

“You may be thinking: ‘But I thought you were a permanent Escape Room?’ and yes, so did we. We were all set to sign paperwork to extend our lease by another year, when suddenly the landlord changed his mind. Now we’re staring at a countdown trying to get as much done as possible in the time remaining – which is kinda apt really. (…)

‘Are you going to open up somewhere else?’ We’d like to, but we don’t know, finding a space to move into and installing everything takes time and money, neither of which we have in spades. We may end up just selling off what we can and junking everything else. If you know somewhere we could move to, store things or someone who would buy things, please let us know!”

All right. This is very clearly a special game in a busy field, which may very well not be around for long. On the other hand, there may be people for whom a demonstrably, tried-and-tested, game with a unique extent of focus on its story would surely be of interest in a business sense as well as a player sense. The business model for Oubliette is a bit different from that of most other games, and to try to make it fit in a similar box to most other games would be to destroy some of the ways in which it is most attractive. Nevertheless, a game this distinctive and critically acclaimed would be a remarkable addition to any facility, so the countdown is on… in more ways than the usual one.