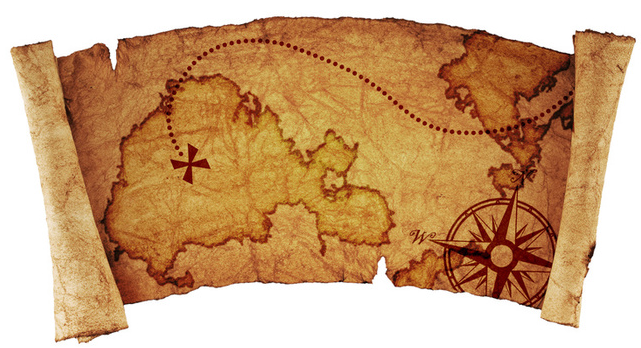 Being trapped on an island has a long and storied history, so it seems fertile ground for generating escape room themes. Six months ago you’d have been out of luck if you’d wanted to actually play a game on an island, but whether you fancy going as a pair like Robinson Crusoe or a larger group like the Swiss Family Robinson, the local scene has recently expanded. The political geography of the UK and Ireland can be a bit tricky at times, so while this site bills itself as a resource for exit games from the UK and the Republic of Ireland, there are some games which, while technically falling outside that definition, are included here nonetheless.

When two sites opened almost next to each other in Inverness, it seemed like it might be tricky to definitively state the location of the most northerly escape room in the UK.  Fortunately, Locked Shetland has now come to our rescue as the undisputed record holder. For an island with a population of about 22,000 and around 65,000 visitors a year, it’s definitely on the smaller side of audiences. It’s probably also the most remote escape room facility in the UK. Indeed, it’s not clear whether its nearest escape room neighbour is even in the UK, with Bergen, Norway being about the same distance as Inverness.

Their opening room is entitled “The Study” and comes with the following description: The professor has spent years of his life looking for the ‘Eye of Egypt’ a magnificent diamond. Finally, after all that time he has found it. You and your team on the other hand have spent ten minutes to get yourselves locked in his study. Now what took him years to find, you’re going to attempt to find in an hour! You and your team have an hour to solve the clues and puzzles to find the jewel and escape the study.

Beta testing took place earlier this month according to their Facebook page and booking is now open.  The game costs £44-72 and can accommodate 2-6 players.

The Isle of Man

At the very end of last year, Exit Strategy quietly arrived on the scene and kept well below the radar for a while. If the name sounds familiar, that’s because it is. Exit Strategy on the Isle of Man is, to the best of this site’s knowledge, unrelated to its relatively near neighbour in Liverpool. Unsurprisingly, the Isle of Man venue is located in the capital Douglas, just outside the town centre. On an island that is no stranger to speed, it’s also not surprising to see that they keep a leaderboard of the fastest times in each room, although they’ve deemed number of hints more important than pure speed. There are currently three games available, priced at £16-20pp:

In Prison Break, you’re aiming to rescue your friends from jail: Framed and captured, two of your team mates may never see the light of day again. Can you free them and escape the call before the guard returns. The game requires 3-6 players.

In Police Academy, it’s the end of your training academy. Do you have all the skills required to become part of our crime investigation team. This is your graduation challenge. You have 60 minutes to prove yourself, hone your skills and plan your EXIT STRATEGY. The game accommodates 2-8 players.

In Jewels: Museum Heist you play criminals out to capture a priceless gemstone. The Kelia Dynasty Diamond is on display in our museum. This prized jewel is too tempting to miss. A heist is in order. Can you beat the museum’s security, solve the puzzles, and escape with the gem? The game accommodates 2-8 players.

If you’re reading this with a blank face, fear not. While you may not have heard of the island itself, you almost certainly know of the city that sits on it: Portsmouth. Yes, if you look carefully on the map, you’ll see there’s a thin stretch of water splitting the centre off from the mainland. Situated on the island, and therefore qualified for mention here, Real Escape UK opened a month or so ago.

Taking advantage of the city’s maritime history, their first room has a nautical theme. Deep within a shipwrecked flagship lies the Captain’s Cabin. The door swings shuts behind you and it’s just you and your team-mates under the deck.

According to interviews, they intend to open up other rooms at the venue in the not too distant future. Price for the current room is £18-21 per person for 3-6 people.

The Isle of Wight

Again, this is slightly old news, but it hasn’t previously been covered on this site. Random Rooms opened in March of this year and offers the inhabitants of and visitors to the Isle of Wight two rooms, both costing £60 for up to six people

In Prisoners’ Room you have been wrongly imprisoned in a far away country; your task is to send an encoded message to Rescue Forces so they locate you and help you escape from “Mountain Prison” while in the Goddess Anuket’s Curse Puzzle Room your task is to find a mysterious gemstone hidden in your great uncle’s study, and prevent it from releasing the Curse of the Egyptian Goddess Anuket at the exact moment of a planetary alignment.

The website points at plans for three more rooms, two of which already have concrete themes: a bank heist and a motel room.

We started well north of the mainland, so let’s finish well south. The Escape Tunnel is a new escape game that opened last month on the island of Jersey as part of the Jersey War Tunnels centre. If you’re not familiar with Jersey’s story during the war there’s plenty on the parent site, but it’s clear that the theme for this escape game has been created very much inside the history of that time.

It is 1943 and Chief of Combined Operations, Vice Admiral Lord Louis Mountbatten, has conceived operation Constellation, an offensive against the Channel Islands. A team of commandos are to land on Jersey and break into Ho8 (Jersey War Tunnels). Your mission, which you will have one hour to execute, will be to find the locations of the newly constructed Fortifications once you have accessed the German Commandant’s Office. You will have to search, identify clues and decipher puzzles to find the locations and uncover the code to unlock the door.

The room costs £15 per person and has space for 4-8 players.

STOP PRESS: Apparently one escape room isn’t enough for Jersey. This site has just learned through Scare Tour UK that Secrets Beneath, a scare attraction on the island, have opened Outbreak, a live actor, multi-room zombie escape game. Do you have what it takes to help save the world from a lethal Zombie virus? The Black Fox Military Corps require help to retrieve the anti virus that will stop the virus from spreading. To complete your mission you and your friends will have to complete mental, physical and psychological tasks to escape each room, and retrieve the hidden elements of the vaccine. The game is already open and costs £18pp for non-exclusive tickets.

That, as far as this site is aware, is the full list of exit games currently open on the local islands (other than the British and Irish mainlands themselves, of course). It’s interesting to speculate which would be next though: If this site had to hazard a guess, Anglesey seems the next most likely with a population of nearly 70,000 and high tourist traffic. If Shetland can get one…