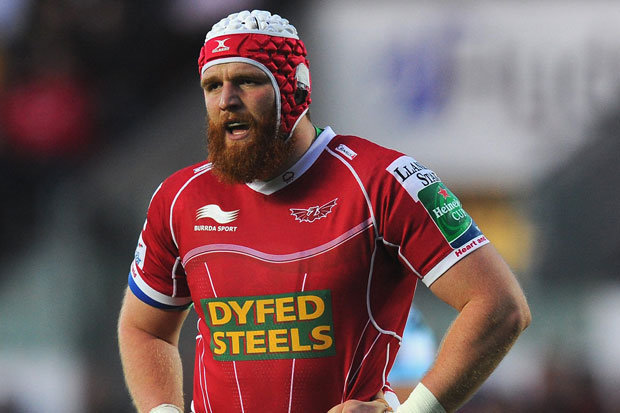 The wrong kind of Welsh lock?

The land of leeks may have come late to the escape scene, but it’s rapidly catching up and becoming a land of locks. When the bells rang in 2016 there was not an exit game to be seen, but six have already opened and there’s another on the way. Suddenly that suggestion of an escape room in Anglesey doesn’t look so far fetched!

1) Breakout Swansea has been a while in the making, but the doors to its first game finally opened on 30th May. In Mumbles Bunker, you’re captured by a serial killer: There is a murderer on the loose, police are warning members of the public to stay vigilant. It is likely that the killer is keeping his victims captive in order to play a game with them. The victims are locked in a room and must escape within one hour or face being locked up for ever. In the yet-to-open Project Fallout, you find yourself a member of a highly secretive team of scientists. You must solve multiple puzzles to regain control of the weapon while leaving enough time to escape. Common sense does not come easily to scientists, can you help out?

Breakout Swansea is open Fridays, Saturdays and Sundays and charges £44-84 for 2-6 people.

2) Devastate Swansea is an escape company that doesn’t do things by halves. After opening less than two months ago, they’re already in the middle of moving to a larger venue and upping their game count to eight.  Yes, you read that right – eight games! Based on the booking calendar, the new venue will be open by early July, with three games open straightaway and two more to follow a month later.

All the rooms appear to have a horror influence, with some including a live actor as part of the game. Unusually, the rooms vary significantly in capacity from a two player room to a 12 player room.

Zombie Apocolypse (sic) is set in 2026. You and your team are a group of survivors trying to make your way to the safe zone when you by luck encounter a military base and are offered the safety you need. Led down through dark tunnels into the civilian bunker you must get out through the rear door to where the helicopter is waiting to transport you to safety. The helicopter is leaving in one hour and if you don’t make it out in time there’s no way that you could possibly survive the ever encroaching zombies. The game can take 4-10 players and is charged at £15 per person for non-exclusive bookings.

In Dollhouse, you’ve been travelling for a long time, lost in a strange town. Looking for shelter for the night you enter the nearest building you see. Trapped for one hour in the darkness surrounded by dolls looking at you from every corner of the room. Something about this place isn’t quite right and you have an unnerving feeling that out of the darkness… Something is watching you… You can play with 2-6 players at a cost of £10pp.

Claustrophobe sets its stall out very clearly with a maximum capacity of just two people and this description: Forget zombies and dolls… This game focuses on the things that really scare you. You find yourself trapped in a small space. Its the middle of the night and the stench of dirt and damp is unnerving you as you wonder how you got here. Looking around you, you notice that there’s more to this room than you originally thought and suddenly you realise what could be at stake if you don’t make it out. The game costs £12pp.

Escape Wonderland is a dark take on the Alice in Wonderland theme. Alice is lost in Wonderland trapped by the murderous Cheshire Cat. Can you make your way through the madness, following Alice’s clues and avoiding the many traps her captors have left for you and save her before the hour is up and you too… are trapped forever! You can play with 3-8 players at a cost of £15pp.

Mr Chuckles Funhouse is not the game for you if you suffer from coulrophobia, and if you don’t there’s a good chance you will by the time you finish… “Come and play” whispers the eerie voice in the darkness… “Come and play” something inside you is telling you not to go in to the darkened circus tent but a stronger sense of curiosity pulls you closer to the crisp tarpaulin opening of the domed structure. As you reach out your hand telling yourself that you’ll only look, just a peek, just for a second; a bony hand reaches out and drags you inside. You turn around desperately looking for an exit but suddenly what was once a tent opening has become a thick wooden door trapping you inside. With no obvious way of escape and your heart starting to race with fear and anxiety you begin to look around and you realise: This… is no ordinary circus. The game can take 4-12 players and is charged at £15 per person for non-exclusive bookings.

3) Breakout already have locations in Manchester and Liverpool to which they’ve now added a Breakout Cardiff branch. It opened its doors on 1 June with two games taken from their other locations.

The Classified room sees players sitting their final entrance exam to become a secret agent. You must escape from the room to pass the exam. They’ve got two copies of this game, so if racing against your friends appeals then here’s your opportunity.

In Sabotage, you have to go deep behind enemy territory and stop a missile strike which endangers the safety of the entire world? There is 60 minutes before launch, you need to break into the control centre and stop the launch or the consequence will be catastrophic. Sabotage is the sequel to their Classified game.

4) This site reported on City Mazes in Cardiff when it first opened its doors back in January. Things look to be going well for them, because on 19th April they opened up a third game, Twisted Heaven which has a bit of a teaser as descriptions go: You’ll start in the depths of Hell and work your way through to escape through the gates of Heaven. As with their other games, it costs £25pp and can take up to 8 people in a non-exclusive booking.

5) The Welsh are obviously a competitive bunch, because Adventure Rooms Cardiff are another company that have decided teams want to battle it out for supremacy. At least one more game is in the works, but on opening day the only option they have available is Mad Scientist. You wake up in a mysterious room. You don’t know how you got there, all you know is that you need to find a way to escape. You have to figure out how you are going to escape within 60 minutes. £17-25pp for 2-6 people in single team mode or 4-6 in duel team mode. It’s not clear how the latter works – their description says that teams get thirty minutes in two scenarios, which readers of this site may wish to read more into than this site wishes to say.

6) No change since the previous report on Cardiff Escape Rooms, but for completeness, the seventh addition to the Welsh list is likely to be Xscape Reality. Expect a proper post when it opens its doors.