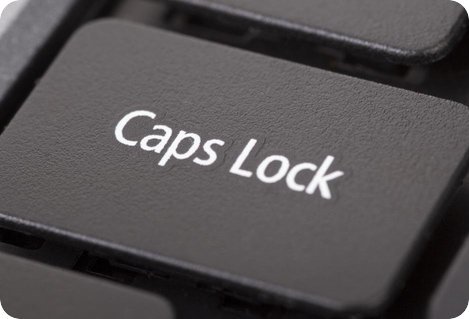 Unsurprisingly, given its population, London has the highest number of exit games of any city in the UK, with around 60 rooms, 40 distinct games and 25 venues.  The good news is that there’s no sign of a slowdown in that growth; as a recent post showed, rooms are still popping up and this site would not be surprised if there were a total of 80 rooms by the end of 2016.

Enough of the future, though, let’s look at what’s happened in the recent past. What are the most recent additions to the London scene?

1) One of the companies that languished longest on the “Announced but not yet open” list before making its transition is Archimedes Inspiration, an escape venue that finally launched on 7th March, almost a full year after the website appeared. Their website has a clear map of games for the future, but for now they’ve got a single game, Leo’s Path. “The love of a family is life’s greatest blessing. Sometimes we find ourselves miles away from our loved ones and this is also true for Erika. Many years have passed since Erika’s younger brother, Leo, set sail in search of new adventures and no one knows where he is now. Do you have the skills to locate the person everyone has failed to find so far?”

The game takes 2-6 players and costs £65-£152 per team, depending on numbers and timing. With another escape game, Lock’d, in the same complex and their next game, Kill M.A.D., opening later in the Summer, this could soon become the South London destination for escaping.

2) So many enthusiasts talk about designing their own game, and many of the existing companies have been born from enthusiasts taking the plunge. Escape from the Room is a little different though, as it’s part business, part hobby. Many venues are referred to as being located in “South London” when they’re really only a little south of the river, but this one really lives up to that description by being located down in Sutton or, more usefully for the average Londoner, Zone 5 of the Underground.

They’ve got just a single game at present, the Curse of Old Maid Milly, where you have to “escape from the room where Milly died mysteriously after living as a recluse for many years. But something is stopping Milly’s soul from resting in peace. Locked in her room with others in your party, you will all&nbsp;need to work&nbsp;together to unravel the mystery that will ultimately set you free, all the while wondering if Milly is still in the room with you.”. Games cost £65 for a team of 2-5 although they recommend a maximum of 5.

3) Omescape is an international franchise that has been slowly migrating its way eastwards from China. With venues in San Francisco, San Jose, New York and Canada, not to mention twenty locations in China, the London operation was always going to be able to churn out escape games fast, so it was not particularly surprising when it went from being closed to having three games (plus a duplicate) in a couple of months.

In Joker’s Asylum, “the Joker was once the pride of his circus, but after troubles started, he left and locked himself away in a mysterious asylum created by him and his doctor. It became his paradise, slowly magnifying his insanity. One day, The Joker decided to leave the asylum to plan his revenge. Before his doctor could leave a diary with the Joker’s secrets, he vanished. Now you are tasked with unraveling the mystery before The Joker finds you.”. The game is for 4-6 people.

In the Penitentiary, “One of the most infamous serial killers in American history, Water White, AKA the “Night Stalker,” was reported dead of natural causes last year. According to rumours, another prisoner had discovered a mysterious machine in the cell of “Night Stalker”, and he then disappeared a few days later. You wake up one day, and find yourself locked in a cramped cell. You are cold and alone. Silence surrounds you. Suddenly, you realize this is the mysterious cell where the “Night Stalker” died. You heart is pounding . No matter if this is a game, you know your only goal is to escape”. This game takes 4-7 players.

In Biohazard Laboratory, of which there are two copies, “the New York Police Department has just obtained information that Dr. Snake has a secret underground lab hidden in the sewage system of the city. Dr. Snake has been researching the development of a new neurotoxin, which could cause great harm to the residents of the city. Your task is to enter the sewage system, locate the laboratory and find a cure to the neurotoxin”. This game can hold 3-5 people.

4) Newest on the London scene is Mission Breakout which opened in Camden Town on 2 July. The venue itself is part of the disused South Kentish Town underground station and long term will support four games, although they don’t expect to open extra games until next year.

For the rest of 2016 they’ve got a single game, Codebreakers, which they describe as “a mind blowing script based on the extraordinary true story of the very confidential Codebreakers! Will you be able to decode the secret messages of the Nazis, escape the room and save the World?”. The game is for up to 6 people and costs £84-96 depending upon timing. It may hold the title of the latest game you can play in the capital with the final scheduled game starting at 11pm.

5) Back in February of this year, reviews for Escape Games London started appearing on TripAdvisor, but then all went silent until recently.  The good news is that they’ve just reopened their doors, as of mid-June, and are running a Groupon offer where you can play their first game for under £15 per person. Situated on the river in the south of the City, it’s easy access for the corporate market and it’s clear from their website that they’re very much aiming for that business.

In their first game, Escape the Theatre, “you are a VIP guest attending a film premiere taking place in an exclusive 300 seat cinema in the heart of Westminster. As one of just 30 guests, you have been invited in early to hear the Director talk about the making of the film – ‘The Image of Sarah’. You take your front row seats when suddenly the lights in the cinema go out! An announcement is made asking all guests to stay seated and remain calm! The lights are restored but the power has tripped and the doors to the cinema remain locked. The film projector switches on and the screen comes to life. But all is not right, the film has been replaced with a furious message from lead actress – Margo De’Ath. The stage is set…”

The game holds 30 people in two teams of 15 with tickets normally costing £30pp.  The game lasts a relatively short 45 minutes and tickets can be purchased individually.

6) Finally, on 18th June it was time for the last teams to exit the Oubliette as the lease on their venue expired. Escape from New Pelagia had a brief but, by all accounts, popular life and virtually every slot was sold out for the last few weeks. While it’s always sad to say goodbye to escape rooms, there is at least a silver lining this time as subsequent conversations suggest that Enter the Oubliette haven’t hung up their gloves for good. Watch this space.