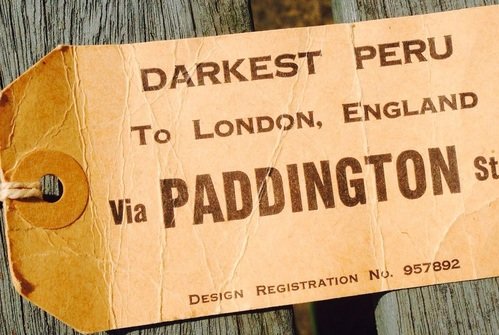 Head out from Paddington station and you can get to a lot of escape rooms.  Well, to be honest, you can get to much of South West England and adjacent areas, but sometimes it’s hard to come up with links between geographically close, but not quite close enough escape rooms. This time all the escape rooms in and around Oxford and Reading are being shoehorned into one article. Certainly Newbury and Chippenham are close enough to the two larger population centres to mean a single team could access all of them with under an hour’s travel. That’s good enough for this site to lump them together.

1) City Mazes came on to the scene in Bristol at the end of 2015 but clearly have ambitions to grow rapidly, having already opened in Cardiff and with plans to enter the London market later this year. City Mazes Oxford opens on 28th July and with a variety of surreal game themes.

All the rooms are individually ticketed for between 2 and 10 people at a price of £25 per person.

2) This site has been waiting with baited breath for a long time to see an escape room in Reading but no sooner did one arrive then a second showed itself. Time Trap don’t yet have a permanent venue, but they’re looking to open in September and in the meantime you can play their pop-up room in the Purple Turtle at Reading Fringe on 20/21 July. The game costs £80-120 for 4-6 people.

Their first game is the Dungeon and has a more in depth storyline than your typical escape room. Once your team passes through their time portal you will be “transported back to the darkest days of Medieval Britain… It’s 1432 and the town of Nettlestone, once a bustling and beautiful place, is now ruled with an iron fist by its new leader. Lord Blackthorne, the black-hearted sorcerer driven mad with power, has sentenced Nettlestone to a desolate and dreary existence under the might of his dark magic. It is up to you to locate and steal the ancient pendant that holds the key to his power! You find yourself in the depths of his dungeon, before a maze of tricks and puzzles guarding the mysterious jewel. You must complete your daring heist within the hour and it will take all of your wit and skill to recover the magical pendant. Only then will Lord Blackthorne fall and freedom be restored to the land. Complete your mission and you’ll return to the present day with glory. Fail, and you’ll be trapped inside the walls of Nettlestone, fated to serve Lord Blackthorne forevermore.“

3) 11th Hour Escapes opened today in Chippenham which you’ll find if you head all the way along the M4 and stop a little before Bristol. Their first game is the imaginatively named Exit Visa Crisis which has a distinctly musical theme.

In the game you’ll “enter a world of fame and rock and roll! The world renowned band, EXIT VISA, have gone missing, presumed dead, in a plane crash in the Bermuda Triangle. The only copy of their latest album was reported to be onboard. However, the plane crash site has not been found…. What happened to the band? Where is the album? Was it all planned? Can you help quash the rumours of the bands untimely demise and escape the room with the answer?”. The Exit Visa Crisis costs £50-80 for 2-6 people.

4) ExCLUEsive opened back in April with a single room for 3-6 people at £15pp. Other than being located in Newbury (leave London, pass Reading and keep going for a short while), there’s not much more information available on their website so all that this site can tell you is that, based on their TripAdvisor reviews, they’re doing a good job of making their customers happy.  If you’re keen to find out more then you might still be able to pick up their Groupon offer at £44 for a team.

So there you go – four locations, seven different games, all within about an hour’s drive. In fact, why not make a day or weekend of it over the Summer and do an escape room crawl across the lot?