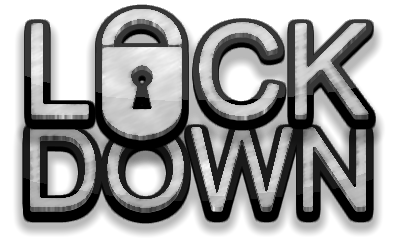 It requires a special sort of company to take on a powerhouse in their own backyard. Most people will associate Warrington with a well known escape room brand, but that hasn’t deterred Lock Down Escape from opening in the town. In truth, at this stage in the market, good games located near each other probably help each other out far more than they represent competition, so hopefully this is actually a smart move. The site opened with two games on 24th April, both designed by the owner Craig who has plans for a third to open soon. In fact, based on correspondence, he has a whole heap of ideas for new rooms.

In The Lost Soul you are a Paranormal Investigator who has been trapped in a VORTEX of LOST SOULS. You have 60 minutes to piece together evidence, find a trace and solve the puzzles before your soul is forever TAKEN to the other side…

Their other game, Death Row, sees you locked down in a high risk prison for a crime you didn’t commit. You are on death rowa nd have to find a way to escape in 60 minutes and prove your innocence, before walking the green mile to the execution room. Solve puzzles and find clues before it’s too late and you are sentenced to death by electric chair.

Both games can accommodate 2-6 people at a price of £16-20 per person depending on numbers .