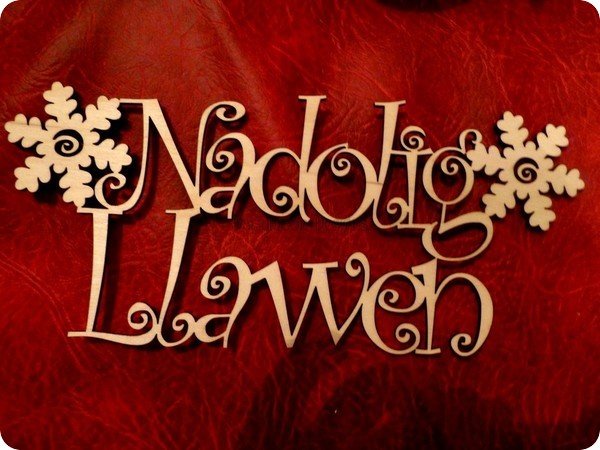 It’s been a while since this site last cast its gaze across to Wales but things haven’t been quiet over there. Oh no – escape rooms have been opening (and, sadly, in one case closing) and where once there was a dearth of games, now it is a land of plenty, at least along the southern parts of the country. This time round we’ll be looking at three new venues, in Merthyr Tydfill, Cardiff and Swansea as well as going up north and seeing what Abergele has to offer.

1) As escape rooms become better known among the general public and the larger urban areas become saturated, we’re increasingly seeing them pop up in smaller towns. The regions of the UK with the highest escape rooms per capita are now seeing around one for every 60,000 people so it’s not entirely surprisingly to see Merthyr Tydfill appear on the exitgames map, given its population of 65,000. Mystery Rooms Merthyr sprang into life at the very end of October with a couple of games, the Olympus Room and Witch Way Out? and very little fanfare.

In Witch Way Out? you and a group of friends have gone camping for the weekend. The beautiful summer evening has taken a turn for the worse and you’re all soaked to the skin from the heavy rain and cold from the wind.  Your group comes across an abandoned farmhouse that would make an ideal shelter for the night. As soon as you all enter the farmhouse the doors lock. You look around. There’s no way to escape. Or is there?

Meanwhile in the Olympus Room you and your team have been summoned to Mount Olympus by Zeus. All the Greek Gods have been kidnapped by Cronos and taken to Tartarus. Before they were kidnapped, each God managed to leave a clue on how to release them. Can you help the Gods escape from Tartarus?

2) Switching from an area that is only just big enough to support an escape room to one where they’re densely packed in, Cardiff is clearly a prime target for incarceration with a population above a third of a million. There are already a few games in the city but Escape Reality Cardiff joined the fold back in August of this year with, at first, five and now six games – a huge addition to the town. Their games tend to have a slightly darker storylines but still span a variety of common escape room genres – murder, prison escape, robbery and the supernatural.

In Jungala, you have discovered an old board game in your attic and once opened you are engulfed by a vortex and transported into an alternative realm. After only seeing a glimpse of the terrible world inside you are thrown back into reality. Vowing never to approach the game again you attempt to leave but the door has been locked trapping you in. Glancing over to the game you see the words “The dice have been rolled.” You have no choice but to complete the game or be trapped inside the other realm for eternity.

Over in Enigmista, there have been reports that there is a serial killer on the loose. Many people in the area have gone missing and no traces of their whereabouts have been discovered. Only one survivor has lived to tell the tale of what happened the killers lair. Rumour has it that he forces his prisoners to perform ghastly tests to see how far they can push themselves in order to escape. You have suddenly awoken to discover that you have been locked inside a room of complete darkness with no recollection of how you found yourselves in this situation. Your captor has devised a series of games to test how much strength you have in order to your own lives.

Most of their games opened up in August, but The Heist followed on a couple of months later. In the heart of the most famous Art Gallery in Europe, lies the renowned group of the most expensive art collection the world has to offer. An anonymous request communicated through the black market has placed a high reward offered to anyone who can safely retrieve the painting collection and hand it over to them. You have been hired by an elite team of renowned con artists, specialising in the high profile embezzlement. You have broken into the gallery with the one aim – to take the painting and receive your reward. If you are caught you face being imprisoned, and all hopes of fortune will be lost.

In Misery, you were driving home late one night and your car broke down. A local nurse named Emily was driving by and offered to take you to use her phone to call for help. After agreeing to go back to her house you quickly realise that she is not as innocent as she first seemed. You try to leave Emily’s house and realise that you have been locked in. You discover you are not her first victim and begin to uncover clues left behind by the author she previously kidnapped. She has trapped you in her home and left to run some errands. You have 60 minutes to escape before you discover how far she will go to keep you here.

In Fibonacci you are a cryptologist assigned to work with a team of detectives to solve a gruesome murder in an art gallery. The corpse was discovered surrounded by mysterious symbols linking to the Fibonacci sequence. You have begun to unearth crucial information which has been kept a closely guarded secret for thousands of years. After discovering too much a ruthless group of dangerous individuals is following you, trying to catch you and keep you quiet. Preventing you from learning further truths, you have been trapped inside the room. You must use your expertise to solve the complex clues lying within or face the truth never being revealed.

The story behind Alcatraz sees you, unsurprisingly, tying to escape from the island: In 1934, Alcatraz transformed into a maximum high-security prison housing the most infamous and dangerous criminals. Situated in the chilly waters of San Francisco Bay, no prisoner has ever successfully escaped. Alcatraz has just reached its maximum capacity for the first time in history – because of you. You are all masters of escaping and no prison has managed to contain you. As highly skilled individuals you have been plotting your escape plan and now the time has arrived. A diversion has been caused by other inmates and the warden has sprinted off to help, leaving you in your cells unguarded. This is your prime opportunity to make your escape attempt. Can you escape before he returns and catches you?

3) Locked In North Wales opened just a couple of weeks ago with three games, Mad Scientist, Black and White, and CSI, and another two to follow soon. You’d be forgiven for struggling to find Abergele on the map (although based on the company name you’d like have guessed it was towards the north of Wales!) but if you were to look halfway along the northern coastline, you’d find it sitting out on the bay looking towards the Isle of Man. With a population of just ten thousand, there must be a heavy focus on the tourist market for trade, so TripAdvisor ratings are going to be crucial for their success. Only one has appeared there so far but surely more will follow soon.

In Mad Scientist, you and your team have been captured by a mad scientist. You woke up in a dark cell and you have to find out how to escape his laboratory before he arrives and starts performing his crazy experiments on you.

In Black and White you have to find a way out and escape the human size chessboard before you completely lose your mind and get stuck in there forever.

Finally, in CSI, a DEA Agent involved in an undercover mission has been killed. You and he were together on this case when he seemed to have finally found a lead. He called you right before he was attacked in his own house, so you and your team arrived there to find out what happened and see what leads he found.

4) After the early demise of Swansea’s Devastate/Lock and Key, it’s great to see a new room jump into the breach. The Escape Game opened just over a fortnight ago with three games – the Heist, Gold Rush and Saw.

In Gold Rush, the date is January 17th 1948, You have heard about a famous gold miner who went missing in 1854. Legend has it that before he went missing he concealed a large amount of gold in his log cabin. It has been searched many times but has never been found. Your mission is to try and find the gold no one else could find. The mob has also figured out where the gold is and they are on their way. You must be in and out before they arrive in one hour.

In Saw, you’re unsurprisingly part of a horror game conceived by a psychopath. As the description reads: You’re probably wondering where you are. I’ll tell you where you might be, you might be in the room you die in. Most people are ungrateful to be alive, but not you, not anymore. You must solve Jigsaw’s clues to escape and live another day. Can you survive all his traps and escape before he returns to finish the job? Live or die, make your choice.

In Heist, you and your crew have been selected to steal a priceless painting which is located in Dr. Watson’s private collection. As soon as you enter the gallery the alarm will been raised. Dr. Watson is one hour away and you have to bypass the security systems, locate and steal the painting before he gets back!

Congratulations for reading this far. As a bonus, don’t forget that the Escape Rooms in Newport is about to open in the New Year. Full details on that in a future article but in the meantime…