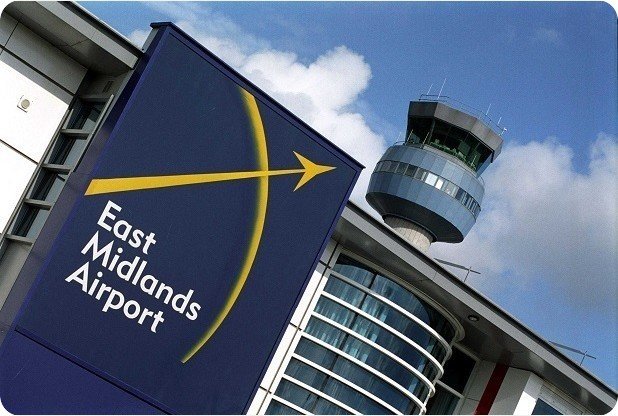 It’s been a while since this site turned its eyes towards the East Midlands and in the meantime a bunch of new venues have appeared on the exitgames map scattered across the region. If you’re interested in Loughborough, Nottingham, Derby or Corby then read on to find out about all that’s new

1)  Up in Loughborough, Break Escape opened their doors just this week with a single game, Sands of Time, although a second game is listed on their site as opening in March. Teams of 2-5 can take on this Egyptian-themed challenge for £45-80 depending on numbers. No detailed description on the website but they do have a trailer.

2) Hour Escape have been on this site’s radar for a long time but they finally opened up shop in late October with a single game Escape the Gallery. They can accommodate 2-6 players with a price of £38-84 depending on numbers.  In the game, you and your team have been caught stealing a priceless work of art. Security are holding you until the police arrive in 60 minutes.

3) iLocked is a huge Russian brand with tens of games available across various cities in Russia, so it was exciting to see it arrive on these shores in November. A huge amount of investment has gone into their first game which is located in Nottingham, with more to follow in the city and longer term plans for expansion to other locations in the UK. At present, you’ll have to make do with the Mummy which is available for 2-6 people at a cost of £39-95 depending on numbers/day but they plan to add Alien and Battleship to the lineup in the near future.

In the Mummy you’re transported to the hot sands of the Egyptian desert, wher eanother pyramid has been discovered, and intrepid researchers are descending for the first time into the burial chambers, which no one has seen for nearly 3,000 years. The ancient Egyptians took care to defend their tombs against raiders, setting numerous traps and riddles. Players get the chance to be adventurers, trying to unravel the secrets of Egyptian papyri, escape the curse of an ancient pharaoh, and avoid being crushed by the pyramid’s moving walls.

4) The Escape Room Guys launched in Derby in October with a single room, A Rough Trade, based around corporate corruption. The game is for 2-5 players for which you’ll pay £40-70.

According to the website, you’ll need to break into the office of the CEO to reveal the history and secrets of a company with a scandalous past. With just 60 minutes to unlock the truth, does your team have what it takes to bring the company to justice?

5) Trapp’d have been on the list for an article longer than almost any other company, having opened way back in September of last year. In that time, they’ve launched two games, Area 51 and Maine St Prison, with another, Motel, due out next month. Games take 2-6 people and cost from £39 to £79 depending on numbers.

In Area 51 you and your team of ufologists have been receiving unknown communication regarding Area 51 via a certain Agent Peters, with precise details of how to bypass the extreme security and gain access into the site. Your mission is to get into Agent Peters’ laboratory and download all the government files before they are destroyed. Peters has guided you this far, the rest is down to you.

According to the website, Maine State Prison is a fearsome place from which to escape. With armed guards at every corner of the prison, only two people have ever managed to escape; the other 424 who tried were executed. Legend has it that the two heroes who escaped Maine State left a cryptic code in their cell which no-one has ever managed to crack. Solving this code holds the only key to any hope of escape.

6) Unescapable opened a couple of weeks ago also in Derby with a time travel theme to their games. Their first outing, Tommy, sees you thrown back to 1917 but others promise to take you to different eras. Games are designed for 2-6 players with the cost ranging from £15-25 per person depending on numbers.

According to their website, Tommy has established itself in 1917, somewhere in the midst of the Western Front. Early reports suggest that Tommy is situated within an allied forces military bunker on the front lines. There is a very significant chance the slight possibility that the portal may malfunction once you have made your crossing, in which case, you’ll need to work together to repair the portal whilst also ensuring your safety from impending German forces.

So there you have it – six new venues spread across the East Midlands. It may have started out a bit slow but over the last year the region has been going from strength to strength. And as for 2017 – who knows?