Welcome to February and another rumour round up… This site is always on the look out for new games or venues that are opening, references in the media or anything else that might be of interest to the readers, so please do send an email if you spot anything of interest. That applies to owners too – feel free to send me your news for inclusion here. Don’t be shy!

A slightly quieter week this time with just a few updates:

That’s all I’m aware of. If any of the above is incorrect or if you’re aware of other news, discounts or competitions, then let me know via email or in the comments below and I’ll include updates in the next edition. 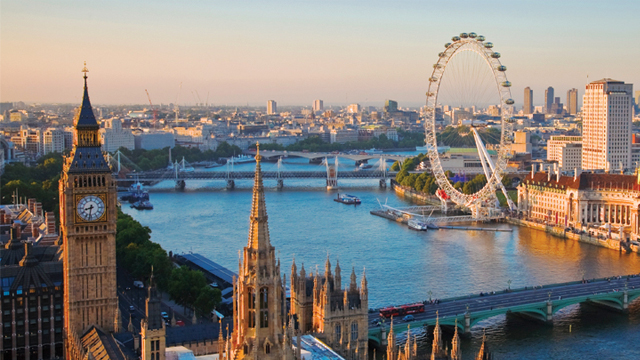 It’s been a while since this site turned its eyes towards the capital and in that time a bunch of rooms have appeared on the scene. Whether you’re north or south of the Thames, in the centre or the suburbs, prefer small venues or huge ones, we’ve got you covered. Read on to find about games in Camden, Romford, Bromley, Waterloo, Mile End and Highbury.

1) Inside Out Escape opened up in late September of last year and after a quiet start they exploded with an attractive Groupon offer that makes it almost impossible to book rooms in the short term.  For now, they’ve just got a single room which appear to be one of the Mazebase.hu games.  Whether you see that as a positive, with its tried and tested game, or a negative with its corporate polish spreading across the globe, is a matter of taste. The game itself costs £65 to £147 based on numbers which can range from 2-6 players.

The mystery is set around the disappearance of Sherlock Holmes. Dr. Watson and his team get a letter from Holmes himself who left many clues and riddles inside the room that will lead the players to locate Sherlock, who has been kidnapped by his master villain, Dr. Moriarty. Only the sharpest minded players can solve the twisted puzzles of the famous detective.
At the end of the game the players can reveal the hideout of Dr. Moriarty, where he keeps Sherlock kidnapped.

Note that this game also appears to be present in Escape Rooms Cardiff and Bolton’s No Exit!

2) Escapemobile are running a semi-temporary game at the Vault Festival for the next three months. Houdini’s Last Trick admits up to four players for £9 each.

The game sets audiences the task of escaping from a challenge designed by the Great Houdini himself. They must escape handcuffs, chains and straitjackets by solving a variety of magic and illusion themed puzzles; from finding a secret message hidden in playing cards to cracking the combination to a locked trunk.

3) Operation Escape opened up down in Bromley in mid-October with a single escape room, the Ops Room. Based around a World War II theme, the game can handle 2-6 players and costs £45-95 depending on numbers.

The story behind the game is told in the form of a telegram: TO BIGGIN HILL RAF SQUADRON DECODERS. URGENT. IMMINENT AIR ATTACK. ENTER AIR CONTROL OPS ROOM. WARNING. ROOM LOCKS ON ENTRY. YOU HAVE 60 MINUTES TO DECIPHER ENEMY CODE AND STOP ATTACK.

4) Breakin’ Escape is probably the most exciting entrant to the escape scene in London since, well, ever. Six new rooms imported from the Romanian company Breakout (no prizes for guessing why there’s been a name change for this franchise). The Romanian games are all themed around films but changes weren’t limited to the company name and the individual room names have also been modified to prevent any risk of infringement. All games take 3-6 players and cost £17-22 per person depending on numbers and day.

In Blackwing’s Cave, Knightsbane city is under attack. Dr. Drakker, the evil genius has escaped from prison and has sworn vengeance on his nemesis, the city’s hero, Blackwing. He has released all of the other prisoners from Alistair Penitentiary and has tracked down the location of Blackwing’s secret cave. Using his engineering skills he has set numerous traps for the hero by planting various devices in his cave only to be entertained by his torment. The fallen hero of Knightsbane city must now face his greatest challenge yet by defeating Dr. Drakker once more and bringing him to justice. As Blackwing’s sidekicks you will need to help him throughout all the mad puzzles prepared by his arch nemesis and escape the cave before the time runs out!

In Sherlock’s Despair it’s 21 October 1891 and you’re in London. Newspapers announce the death of one of the greatest detectives that has ever lived… Sherlock was working for the past months on the most important case in his career. He had become isolated and he had lost touch with the outside world. He was last seen on a dark alley in Westminster…the next day, a body was brought in to the King’s Hill Hospital morgue matching his description. It is your duty now, as Sherlock’s faithful assistant, to go into his office and unravel the mystery surrounding his death by solving his last case, but be careful, the one behind Sherlock’s murder may now be after you…

Over in the Flying Dutchman, from the depths of the sea a ship rises with a skeletal figure spearheading its bow, striking fear into the hearts of the bravest of sailors. The dreaded ship, The Flying Dutchman makes sail once again, led by its fierce captain. Davy Jones once was a man, but he was cursed by the woman he loved to roam the seas and ferry the souls of the damned to the other side for eternity. A most precious artifact has been stolen from his ship, and now he wants it back. You were one of the pirates that stole from Jones’ locker, but you were left behind when the Dutchman’s crew discovered you. Now you must find your way within the ship and manage to escape before the time runs out and you become part of Davy Jones’ undead crew… forever!

In War on Horizon Alpha, with the expansion of the human race on other planets, an oppressive regime has risen to power and instated a dictatorship on the Colonial Republic, the dreaded Alpha One faction. You and your team are part of a rebel alliance trying to overthrow the regime and reinstate democracy. A massive assault will take place on the Horizon Alpha space station, serving as the Alpha One headquarters, which aims to destroy it, thus sparking a revolution on all planets. Your mission is to infiltrate the station and deactivate the shields in time so that the assault may be successful. Without the shields down, the entire offensive will become a suicide mission. Good luck, you are the galaxy’s only hope!

Meanwhile in Butcher’s Lair, Dr. Vladimir Knifesblade, your friendly university professor seemed like a really nice person. You and your friends always enjoyed his lectures on human anatomy so when he invited you all to his house for a dinner party you never hesitated and accepted the invitation. Once you arrived at his house, though, the door was open so you went it. Nobody seemed to be home so you went down into the basement hearing some weird noises… The door slammed shut behind you and there was no way to move but forward…into the Doctor’s secret laboratory, where it looks like your group might be on the menu…

Finally, in Heist Plan: The Garage, you are part of a gang of street racers planning a major heist in New York City. Your goal is to hit the 5 major banks in Manhattan in one night, under the cover of an illegal street race where you will be participating with two of your tuned up cars. Everything was set for tonight but all your plans went haywire when one of your rival gangs broke into your garage, stole one of your cars and wrecked the other one. Now you have only one hour to fix the engine of your broken car, find the car park where they have taken you second car and steal it back and then make it in time to the race and finish the job. Do you think your crew has what it takes?

5) Clue Adventures welcomed their first customers in mid-October to play the Book of Secrets. It’s an interesting company in that the man behind it is a magician and the game itself is themed around magic. 2-6 players can play for a cost of between £56 and £144 depending on numbers.

In the story, on New Year’s Eve 1999 Master Magician Alistair Wilson literally disappeared never to be seen again. His former London flat is due to be demolished in one hour. Can you solve the mystery discover how and why he vanished and find his book?

In Prison Break, you and your teammates are locked in a maximum security prison and are awaiting your execution. You were framed by a notorious serial killer and you are now facing charges for a murder you did not commit. There have been multiple attempts to escape from this maximum security prison but many people have failed and most inmates were either shot or recaptured while others disappeared without a trace, giving hope to inmates that there are ways to escape! The Warden and prison guards are holding an important meeting, you have sixty minutes to escape from the Prison and free yourself before they return.

Possessed Doll has one of the longest intros I’ve ever seen, so I’ll give you but an excerpt. The story builds on a series of mysterious fires that took place in the same location, killing the occupants of the building.

According to the site, there’s also a zombie game on its way. Watch this space.

All that not enough? Well, sneak preview: expect Adventox, End Game and Modern Fables to join their ranks in the next month or two.